Back Crucial Amendment to fight for a Better Brexit

Watford had the closest result in the country in the Brexit referendum. I believe Watford's MP needs to reflect that and seek a moderated Brexit.

The single market represents Watford jobs and trade but it also represents some of our freedoms. The freedom of Brits to travel more freely and to live and love abroad withinin the EU. Many Watfordians are Europeans who deserve their rights protected bit also many Brits in Watford have married Europeans, have built business links to Europe and travel there often. To give up on single market membership in the Brexit negotiations shows a lack of ambition from our government. They should be fighting for the best deal for us!

The Liberal Democrats are calling for MPs of all parties to back an amendment to the the Queens Speech to seek protections of our single market membership. I'm calling on Richard Harrington to join other Conservative MPs unhappy with the current path of Brexit to vote where it matters - in the House of Commons for a Brexit that will work for Watford. He has a duty to stand up for the interests of our businesses and residents. With a balanced parliament, every MPs needs to look past their party allegiance and vote for a better Brexit.

Mr Harrington and I both campaigned for Remain. When this vote is called he should vote to keep single market membership on the table in debates rather than give up on it before negotiations are truly underway. 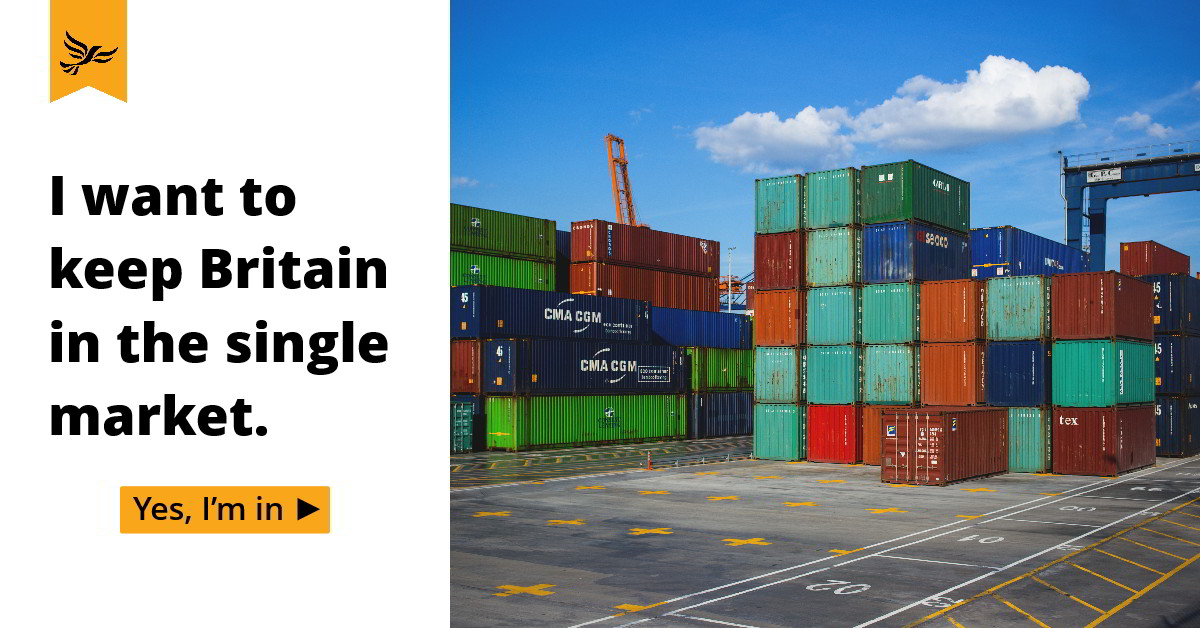