The final Budget of this Parliament has Liberal Democrat policies at its core.

The Budget confirms that Liberal Democrats in government are building a stronger economy and a fairer society, creating opportunity for everyone.

In government we have ensured that Britain has kept on the path to recovery in a way that is fair. 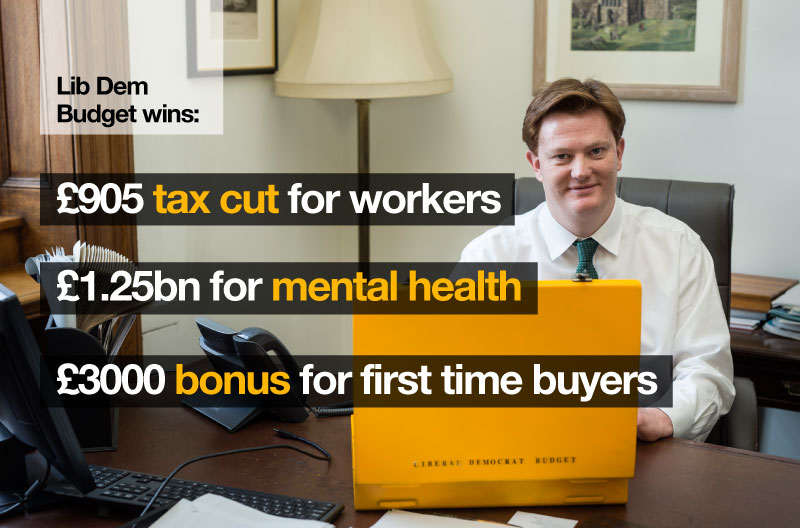 We won’t jeopardise our economy credibility by overseeing a Budget that is a pre-election giveaway. That’s why everything in the Budget is paid for, and in a fair way.

It is because of our sound economic management that we can afford to deliver these policies.

And to help pay for these policies we are taking further steps to clamp down on tax avoidance by multinational companies and ensuring banks make a fair contribution by increasing the bank levy.

This Budget is packed full of policies that deliver Liberal Democrat priorities:

And it is all fully paid for by delivering on Liberal Democrat policy:

Our economy is growing because of the hard work of people and businesses throughout Britain. But our economic plan is the rock on which our recovery is being built  and it wouldn’t be happening without the Liberal Democrats in government.

The UK currently has the fastest growth among G7 economies . At the end of 2014, the number of people in work was at at record high of 30.9m

This shows that in the face of rising instability around the world the Liberal Democrat plan is delivering stability and growth.

The global economic recovery remains uneven and the UK is not immune to the severe problems being experienced in Europe and other parts of the world economy.

That is why this Budget contains measures to: