We are happy to announce that we have collected 340 signatures in total, plus 21 emails of support, in our campaign to widen the pavement on Chalk Hill. These included strong messages of support from the head teachers at Sacred Heart Primary School and Bushey Academy. 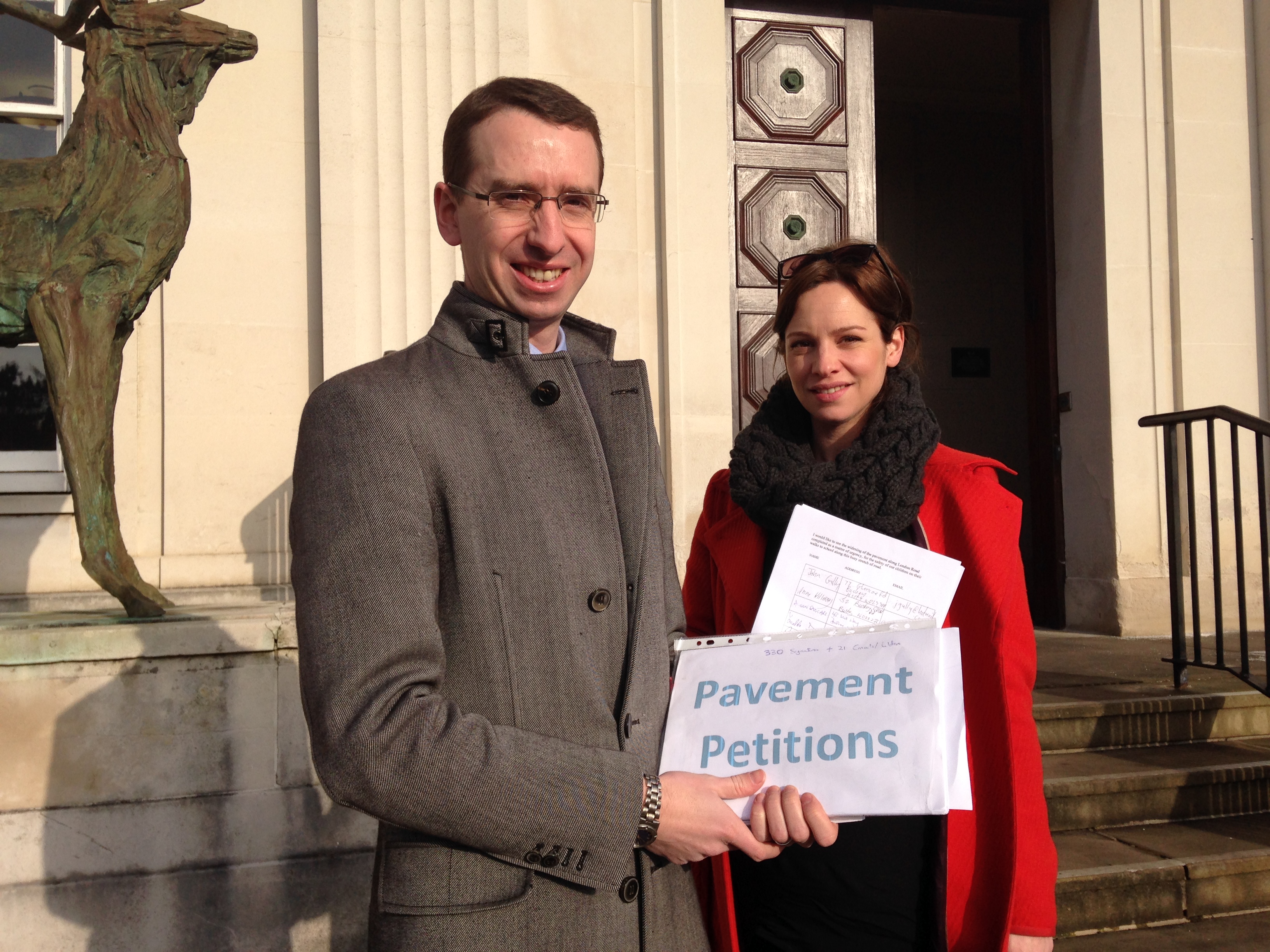 Peter with Lucy, a local resident.

Lib Dem Councillor for Oxhey, Cllr Peter Taylor, was able to give a short speech during a meeting with Herts County Council’s Highways and Waste Management Cabinet Panel. He highlighted the strong local support, the fact that the grass bank used to be cut back to maintain the width of the pavement and the benefits of encouraging people to walk to and from school. The county councillors on the committee then discussed the issue. All of those who spoke recognised that action was needed.

Cllr Stephen Giles-Medhurst (Lib Dem county councillor for Watford Central and Oxhey) pointed out that an effective way of widening the pavement would be to reduce the bank to reveal the existing pavement. The Bushey county councillors agreed to allocate some of their highways budget on this scheme so that the pavement can be widened. The committee unanimously passed a motion stating that I would meet with highways officers and county councillors to discuss how we can take this forward.

Cllr Peter Taylor said: "Hundreds of local residents have made it clear that they want this pavement widened. I was pleased that all those present at today's council meeting seemed to recognise that this needs to happen. Widening the pavement will improve safety for pedestrians and therefore encourage more people to walk to and from these schools.

Oxhey resident Lucy Bonnar added: "Thanks to all those who signed the petition. I am very pleased we received such a positive response from the meeting. I was glad that the county councillors agreed to allocate some of their local highway's budget for this and hopefully that will mean that this work can be completed soon."