Conservative county councillors have resisted to back a Liberal Democrat motion welcoming the Croxley Rail investment and asking the County Council to put pressure on Transport for London to keep Watford Met Station open. 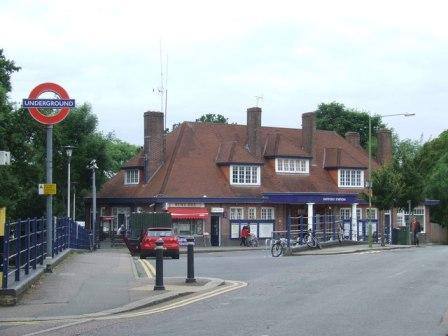 Rather than supporting the campaign to keep Watford Met open, Herts County Council refused to allow any debate. Lib Dem Group Leader, Cllr Stephen Giles-Medhurst said: ’Lib Dem councillors, especially in Park ward, have lead the fight to retain the Met station. Only recently have the Conservatives said the same thing but clearly they do not have the support of the county council that has led on this project.

Mayor Dorothy Thornhill said: ‘Watford's role has been crucial to the project. We hosted a business case review in January with the Department for Transport and all the developers. We commissioned the independent economic impacts research which confirms that the Rail Link will catalyse 9700 construction jobs, 9400 permanent jobs and generate £8b gross value add. I believe these inputs were essential in persuading the DFT to support the case for the link. The icing on the cake would be to retain at least a shuttle service to Watford Met; after all the line to the Met station will be retained.’