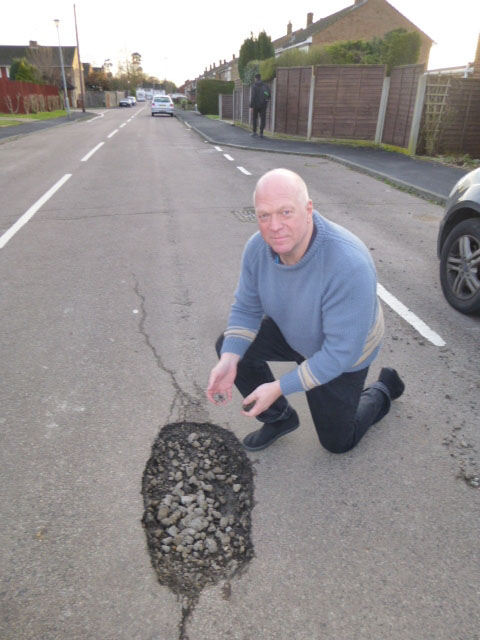 Over £7m could be cut from the county council's highways budget in the next five years according to a shock announcement from the Government. They have already announced that Herts County Council will receive £500,000 less for each of the next 5 years.

Now it says it will receive at least £2.5m less over the next five. On top of that a further £4.6m at least will be cut if the county council does not meet performance targets set by the Department for Transport.
These figures were reported to the county council's Highways Panel this week.

Liberal Democrat Leader and Highways spokesperson Cllr Stephen Giles-Medhurst said: 'This is shocking news and comes when Herts County Council has a massive maintenance back log that will take almost 80 years to clear and a contractor that has been fined for poor performance.

'Cuts of this size will affect our infrastructure and economic development and I am concerned that the Conservatives at county hall are just rolling over and accepting these cuts to our funding.  At the Highways Panel they dismissed my idea that we should
protest at these cuts - cuts that the fully Conservative Government is bringing in.

'We will work with officers to ensure that the county performance improves, its up to the Tories who run things to up their own game and protest loud and clear that these cuts are unacceptable and will affect economic growth and result in increased insurance claims for damage to vehicles on our roads.'