Councillor Peter Taylor has been elected leader of the Liberal Democrat group on Watford Borough Council.

Cllr Taylor was chosen for the role at a meeting of Liberal Democrat Councillors after Cllr Iain Sharpe stood down after 22 years as the group’s leader.

Cllr Taylor (36) has represented Oxhey ward since 2012. Born in Preston, Lancashire, he was brought up in Sheffield before studying economics and politics at Edinburgh University. He is a qualified schoolteacher and taught for several years at a Sixth Form College in Harrow and at a Saturday school at the London School of Economics. He is now the education adviser for the Catholic Education Service of England and Wales. He is married to Rachel and they have three children.

Cllr Taylor will also take up the position of Deputy Mayor. Cllr Keith Crout will serve as Cllr Taylor’s deputy. 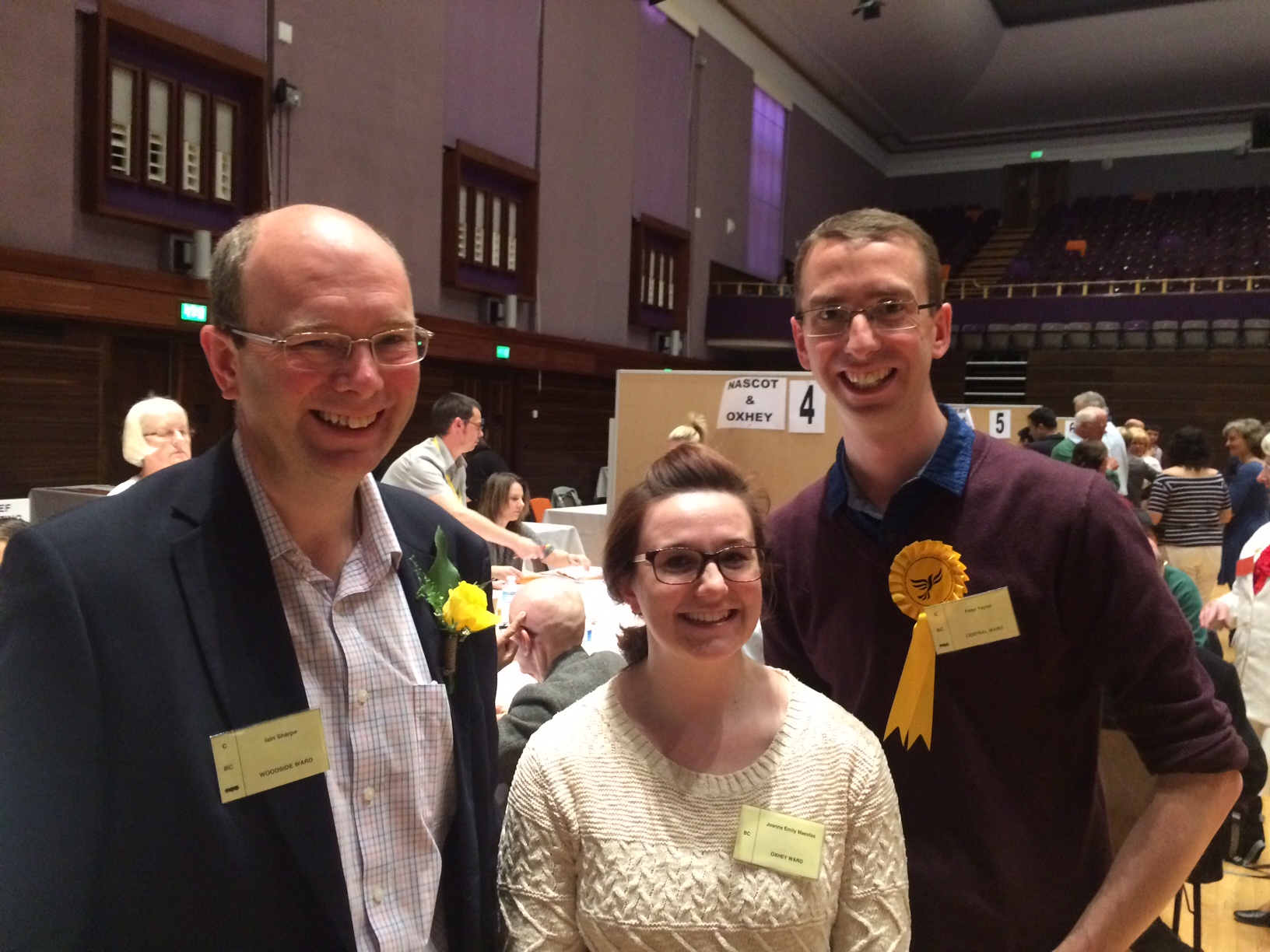 “Cllr Iain Sharpe’s 22 years of service as group leader saw the Liberal Democrats go from strength to strength in the Town Hall – winning the Mayoralty and gaining council seats across the town. This year’s successful results are testament to Iain’s leadership ability and political judgement. He’ll be a tough act to follow but I’m grateful for the opportunity to continue his hard work.”

“I know Peter well and he will make an excellent leader of our group in the Town Hall. Peter is ambitious for Watford and he will bring vision, dedication and enthusiasm to the role. I’m looking forward to working with Peter to deliver real improvements for Watford throughout the rest of my mayoral term.”