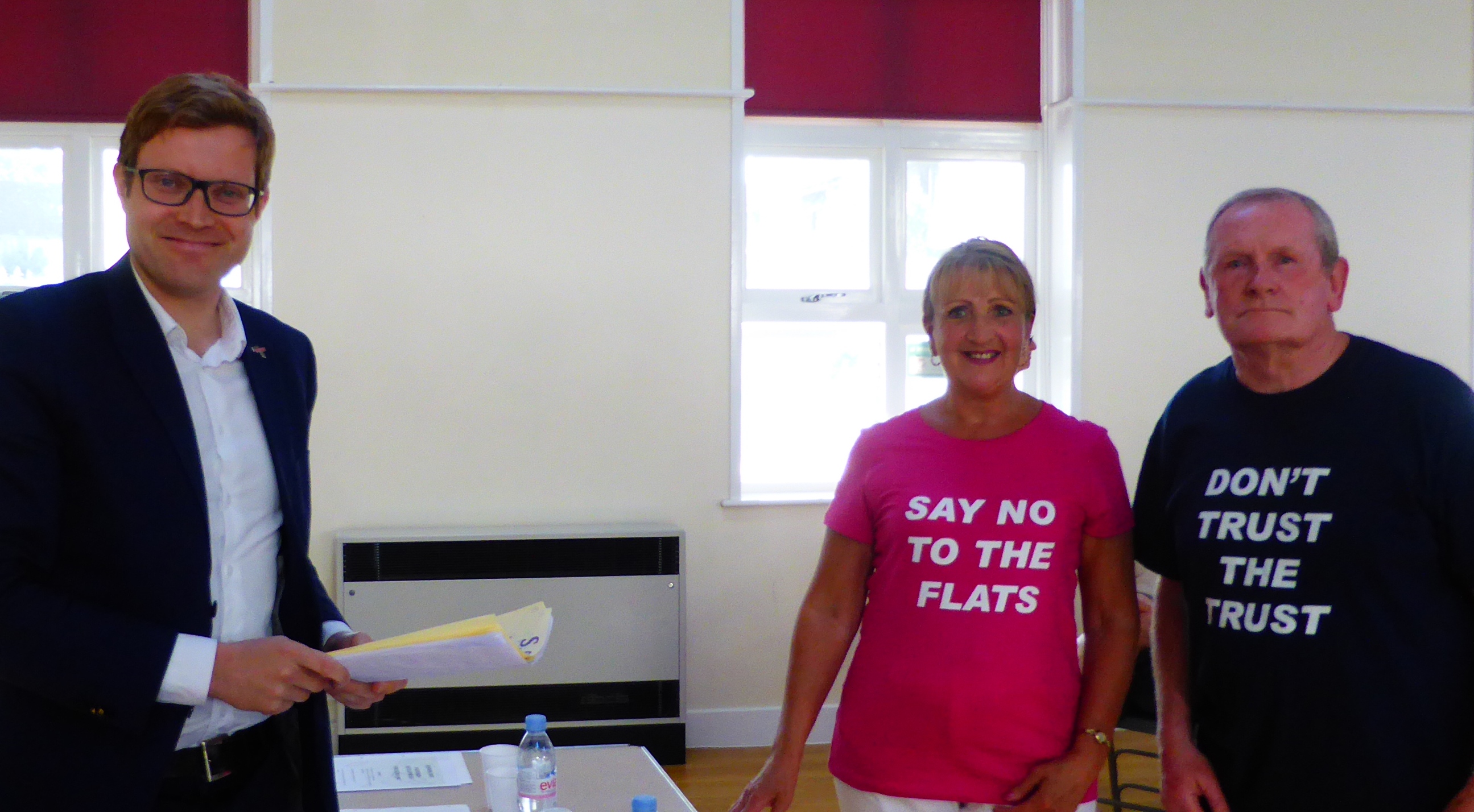 A 500 signature petition has been gathered by residents fighting plans to demolish ten bungalows and decant the elderly and vulnerable people.

People on the Leavesden Green Estate in Stanborough were shocked to learn of the plans by the Watford Community Housing Trust to demolish the homes in Hemming Way and then erect a three storey block of one and two bedroomed flats.
Almost 100 people packed the Community Hub in Clarke Way earlier this month to vent their feelings to representatives from the Trust.

Lib Dems back residents campaign Stanborough Lib Dem Councillor Keith Crout has been backing residents in their fight. He said: "These are small one bedroomed bungalows but they have always been in demand and are well liked. I see no purpose
in destroying perfectly good housing. If you accept the WCHT argument then you might as well tear down all the existing houses and replace them with flats.
"Of course there is a demand for more homes but I think it is a poor reflection on society when elderly people are being asked to make such a sacrifice at a time in their lives when they are looking for a bit of peace and security."