Liberal Democrat campaigners in Watford have launched a campaign to keep Woodside ward within the Watford Parliamentary Constituency. The campaign slogan is "Woodside is Watford". 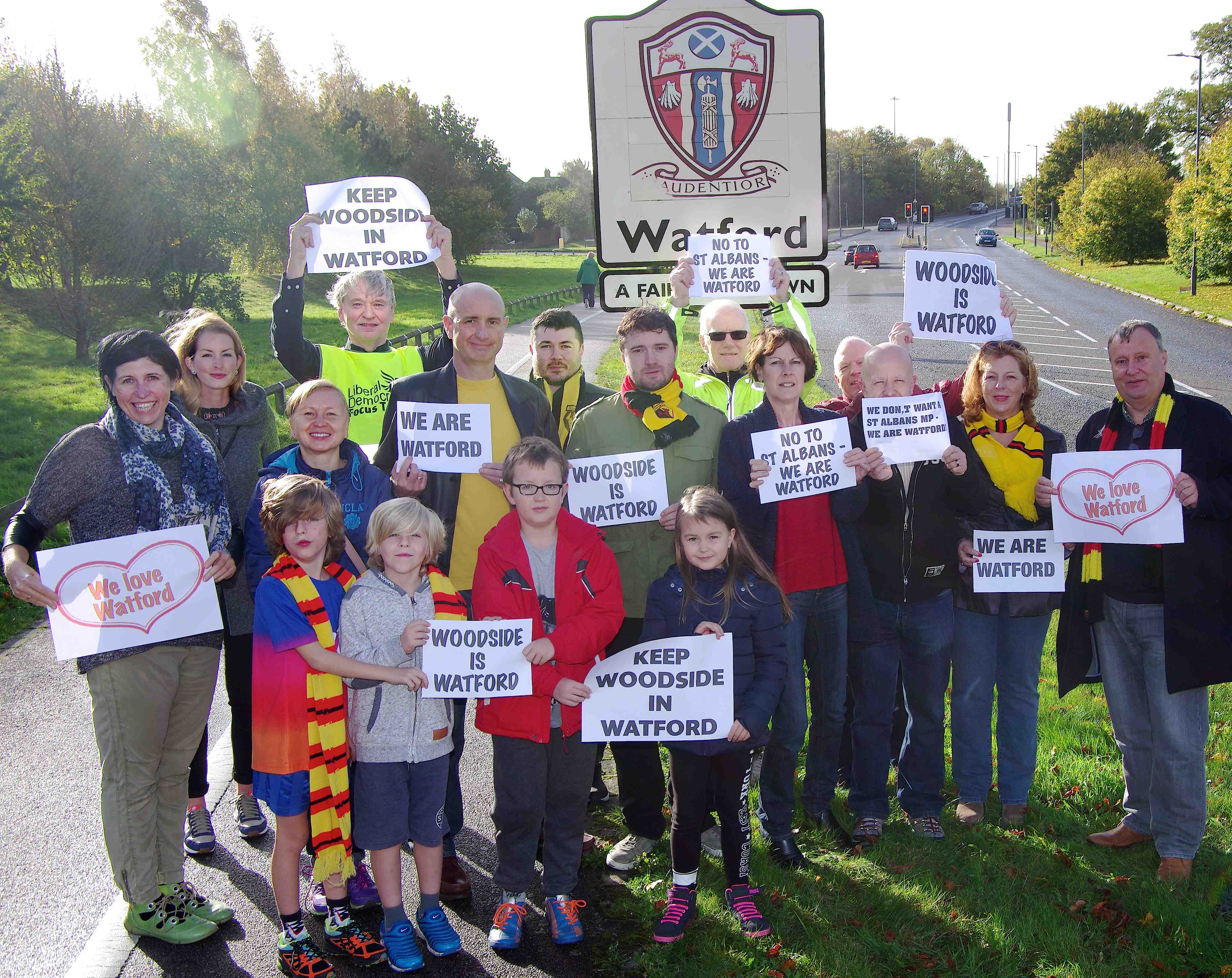 Liberal Democrat campaigners at the Watford Sign in Woodside

The Boundary Commission are currently consulting on it's revised parliamentary Boundaries for the next General Election. They plan, if the Government agrees, to move the wards of Leavesden and Abbots & Bedmond from Three Rivers and Woodside from Watford Borough into St Albans Parliamentary seat.

The Liberal Democrats are objecting to this and now collecting an on-line and paper petition calling on the Boundary Commission to reject the plans to break up the Watford Council area and move Woodside into St Albans.

They are also calling on MP Richard Harrington to oppose the plan if it comes to a vote in parliament.

Woodside Borough Councillor Glen Saffrey said, "This is crazy.  Every one of the Watford Borough wards should be in the Watford Constituency. Woodside has no attachment or link to St Albans which is miles away! It means Constituency that stretches from the junction 19 of the M25 to the edge of Hatfield. That's plain stupid."

He was backed up by Woodside County Councillor Tim Williams who added, "All of Watford's wards have always been in the Watford seat.  To have one ward of Watford represented by a MP for St Albans who will clearly have to look after St Albans residents and St Albans Council interests first will mean Watford and Woodside residents will only get a second best deal. It's a stupid numbers game."

It was also pointed out that if the plans go ahead whoever is elected the new Watford Mayor next May would have the difficultly of dealing with two MPs.

Residents are being urged to also sign the petition on line at: http://www.watfordlibdems.org/woodside_is_watford
and object to the Boundary Commission at :www.bce2018.org.uk