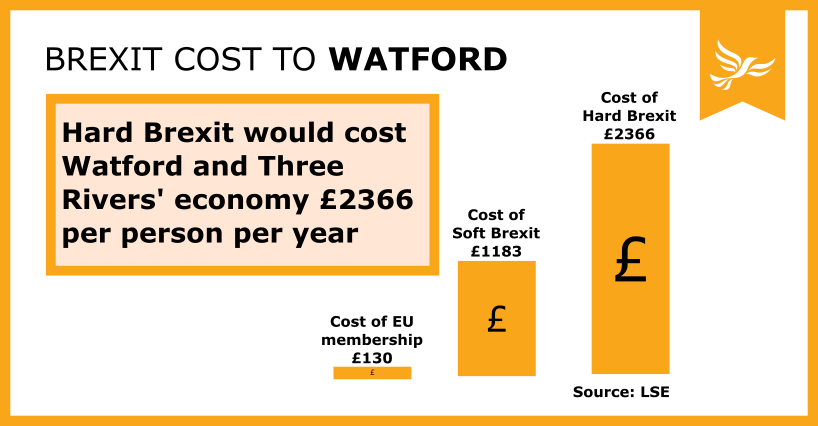 New research by the LSE's Centre for Economic Performance and the Liberal Democrats has revealed just how damaging a no deal Brexit will be to Watford.

A no deal Brexit will mean an economic hit of £1.3bn to Watford, £2.2bn to Watford and the Three Rivers combined.

David Davis and other members of the cabinet have recently been talking up a no deal Brexit, but this data shows that the country simply couldn't afford it.

If the UK exits the EU in March 2019 without a deal, Britain's economic output (gross value added) in the five years after Brexit would be reduced by 5.3%, or £430 billion.

Even if the UK agreed to a Norway style arrangement with full single market access, this would still result in a reduction to five-year economic output of 2.9%, or £235 billion.

"These figures highlight the incredible failings of the government's strategy. David Davis is continuing to talk up the possibility of a no-deal Brexit, yet these numbers suggest that would cost Watford and the Three Rivers areas combined a completely ruinous £2.2bn over five years. 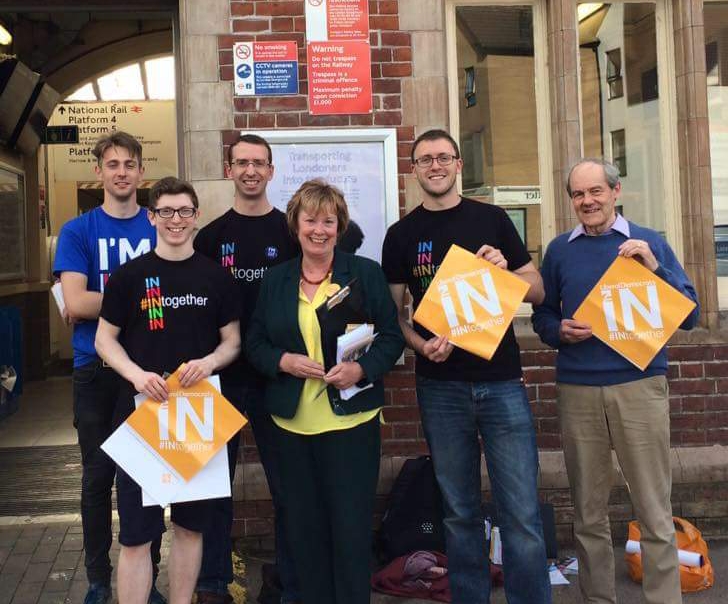 Watford Liberal Democrats campaigned for Britain to Remain in the EU

Even a relatively 'soft' Brexit could cost the area £1.1bn. This is an outrage of incredible proportions given the rhetoric of the Leave campaign and the ambivalence of both the Conservative and Labour party over Brexit.

"The government must rule out a no deal to end the uncertainty and confirm its commitment to stay in the single market and customs union.

"The study suggests that for Watford a no deal Brexit would be devastating."