Condition of Herts Schools amongst worse in the country 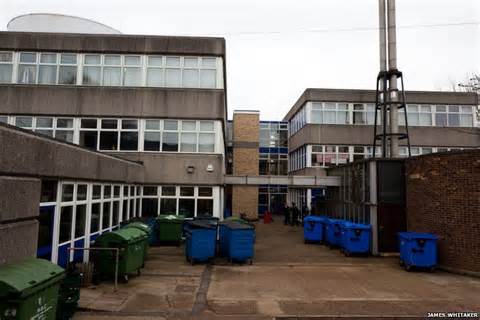 When Liberal Democrat councillors at County Hall initiated a scrutiny into the scope and efficiency of the Hertfordshire schools repair and maintenance programme, little did they expect to learn the shocking revelation that the county's schools are in such bad condition relative to other education authorities.

Evidence given to the councillors by the county's officers included the government Education Funding Agency condition dashboard.  This shows that Hertfordshire is in the bottom 8 percent of  English local education authorities in terms of the condition of its school buildings.

Parents will be shocked that their children are being educated in such poorly maintained buildings, said Cllr Sandy Walkington, who took part in the scrutiny process. Hats off to teachers for achieving the results they do.  But we cannot go on accepting a position so near the bottom of the league table. It's not just about having smart buildings, there are clear health and safety issues.
It was even more shocking to hear Conservative councillors at the evidence gathering session state it was good to have school buildings in such a poor condition since it means we get more money to repair them. So much for that glib Conservative soundbite about the importance of mending roofs when the sun is shining.

Councillors on the committee were presented with a list of 55 schools in the county with outstanding repair needs totalling £15.9 million and they were told there was no budget for these projects. Some of these outstanding schemes are rated
D1, Cllr Malcolm Cowan, Vice Chair of the Overview and Scrutiny Committee said. Condition D in county council speak means that the asset is life expired, exhibiting major deterioration with a serious risk of imminent breakdown or presenting a health and safety hazard. The 1 means that repair is deemed to be urgent to prevent immediate closure of the property or high risk to its occupants or remedy serious breaches of legislation.

It simply beggars belief that Hertfordshire children are expected to study in buildings exhibiting such an appalling failure in maintenance, Malcolm Cowan concluded.