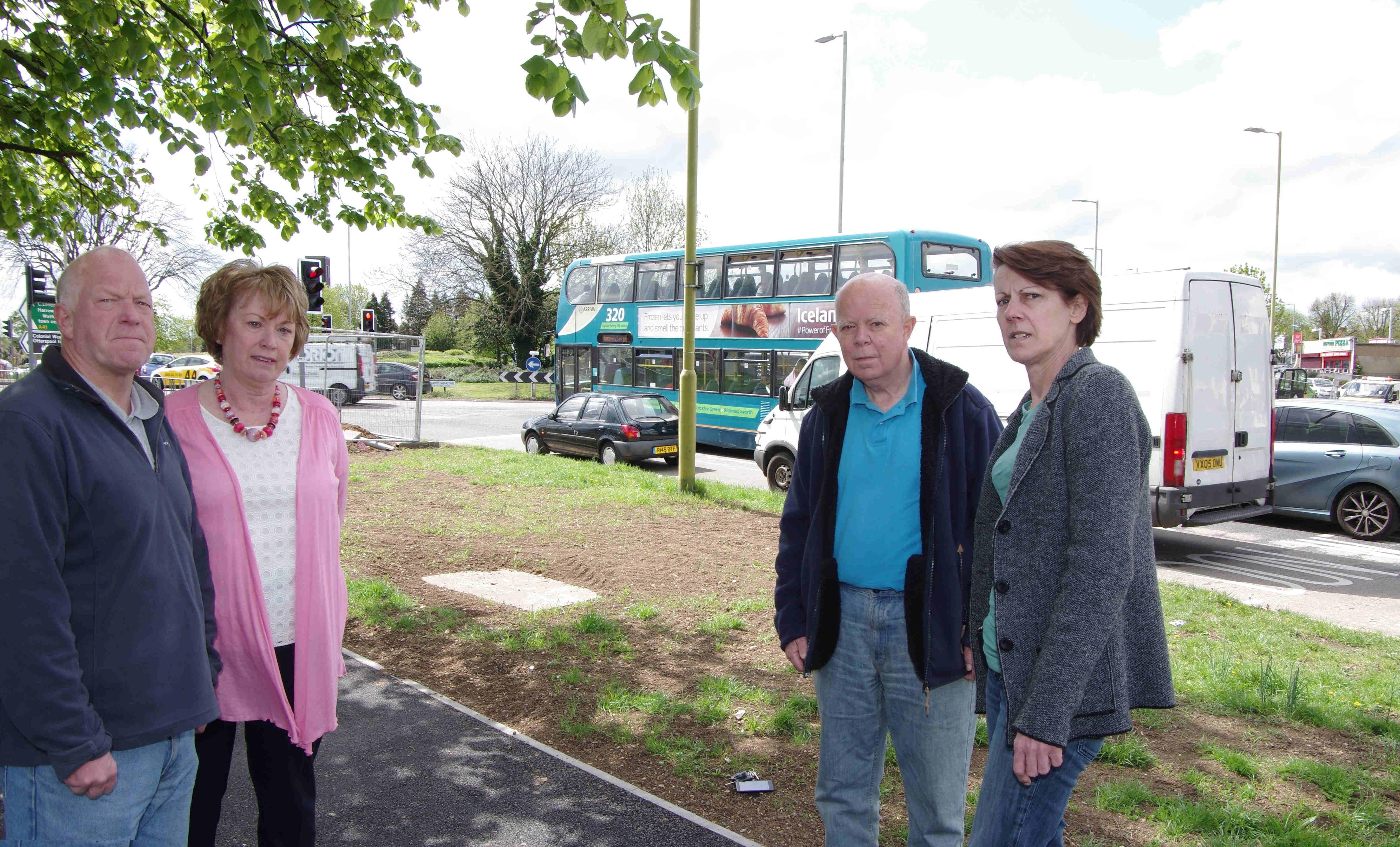 In an open letter to the County Council highways boss, Terry Douris, Dorothy Thornhill has pointed out the miles of queuing caused even outside of peak time.

" On the week days last week the queueing traffic was for miles in most directions. Indeed at 9.15 am on Friday it stretched from The Dome to the A405 and the Coates Way junction!!!  On  Thursday afternoon at 2.30pm  it was along the A41 as far the Ashfield junction! On Sunday we found it not much shorter stretching from The Dome to the Garston Lane at 3pm! These last two are not peak times yet it's a problem!

I want and expect the county council to act to stop this mayhem. It is causing unnecessary congestion, pollution and  massive delays that could affect our local economy.

Mayor Dorothy  and the Liberal Democrats had already collected a petition calling for the lights to stay off. This is due to be considered at the County's Highway Panel on May 15th.

" We warned all along of the problem of putting these lights back in after the benefit of not having them was clear for all to see!

Indeed it could have been even worse would you believe. The County at first suggested  a new set of lights on the exit by Cow Lane, until my colleagues objected strongly to such a stupid idea.

Whilst pedestrian and cyclists' safety is paramount, it should be possible to stop traffic only when it's really necessary so we can have a safe, free flowing junction. There were not these problems whilst the lights were off nor  big issues for pedestrians." said Dorothy.