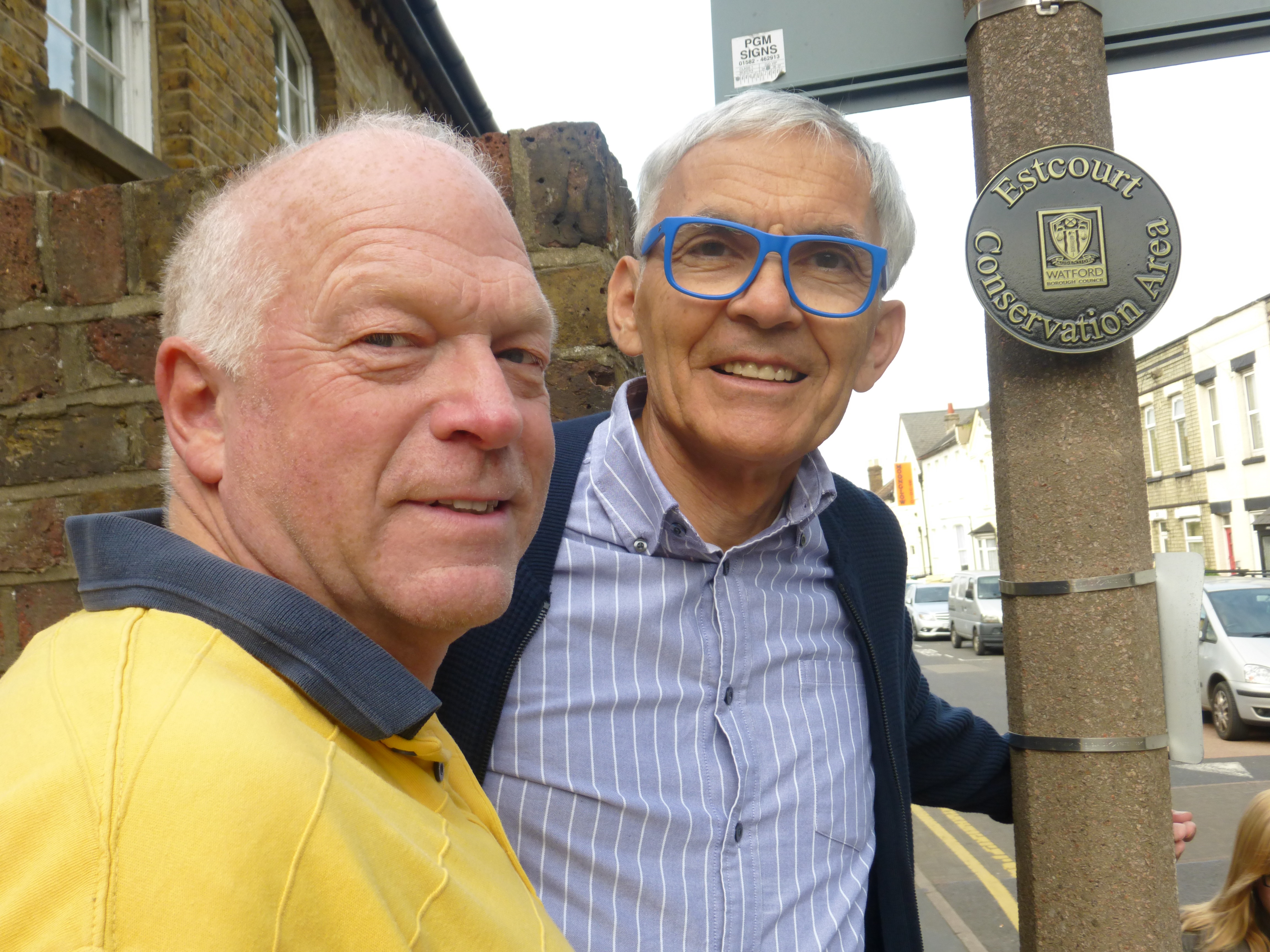 32  mini plaques have been erected on lamps posts and poles signposting the Estcourt Conservation Area in Central Watford,  following an idea by a local resident and Councillors.

The area that covers roads between Clarendon Road and Realest Road including Estcourt Road, Sutton Road, Sotheron Road and parts of Queens Road has been a Conservation area for some years.

After discussion with Watford Borough Council's Conservation Officer, agreement was reached to have plaques put up at boundary points of the area.

Lib Dem County Councillor Stephen Giles-Medhurst part funded the project with the rest of the money coming from the Borough Council.