The Liberal Democrats have always been internationalists, but that hasn't stopped the party from questioning and critiquing EU laws and regulations. The goals of pooling sovereignty for wider international influence, ensuring peace and reinforcing trade are important - and largely realised by the European Union. The EU Referendum is a stark choice of leaving that Union of nations working together and going it alone or remaining a member and continuing to push for British interests in Europe and British/European interests around the world. 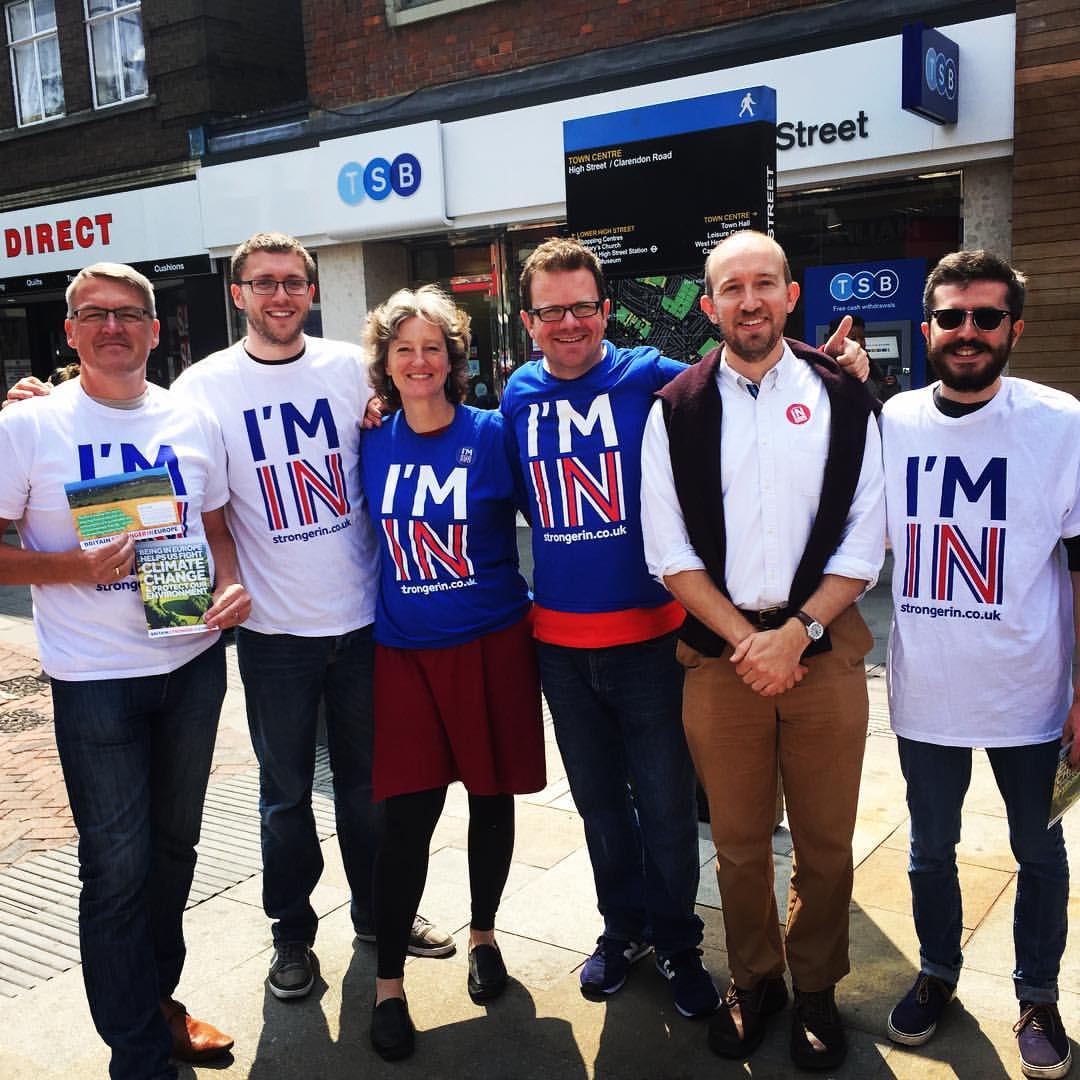 We've been campaigning on the High Street, delivering mail to doorsteps and large scale telephone canvassing. The reception in Watford has been good, and we've been working with the ConservativeIN, LabourIN and local Green Party in our stands on the High Street - the referendum is too important to be partisan and the people of Watford deserve that. 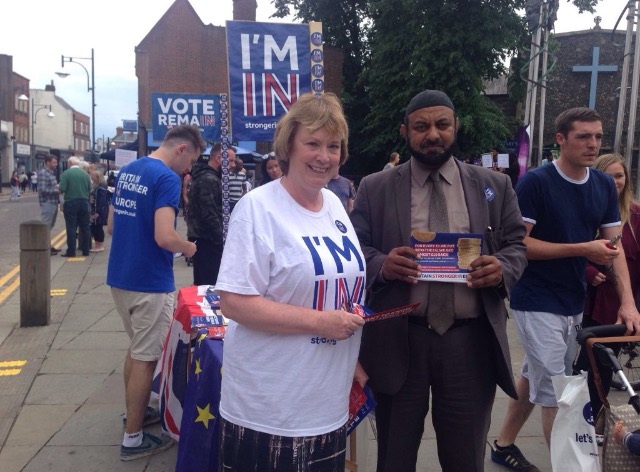 "For me the campaign has been negative lack lustre and fuelled by fear. I feel we have been bombarded with facts and

counter facts more reminiscent of a playground row than intelligent debate, or quite the opposite, such high level
debate that it's hard to know who is right or wrong.

Because of this I have actually switched off a lot of the time and I certainly haven't watched the debates.

So I am voting Remain because of how I feel about Europe and being part of that “team".

Our world is ever changing and there are constant threats to our national safety and our individual lives, there always has been . The names of the bad guys changes for each generation. It's hard for my adult children to even comprehend that for their grandparents Europeans were the villains in two world wars that had catastrophic consequences. It is now unthinkable that we would ever be at war with our European neighbours.

When talking to residents the big issue has ended up being immigration. There are consequences to current migration numbers in Watford. Whether it’s getting your child into a school, or how long you have to wait for a doctor’s appointment. The other side of this coin is this. If there were a magic wand to send them “ back home” our hospital would be in crisis , our care homes closing down and our town devoid of the talents and expertise of so many people in many areas of life. Changes and reform of the EU are vital but better to fight from within.

So who are the bad guys today? I would say ANY religious extremists currently Isis and similar groups and Putin. Who

is going to be most pleased if we leave Europe and yes you guessed it Isil and Putin. Possibly for that reason alone it's worth voting to remain.

I truly believe in an alliance of democracies. Those who share our values, believe in the same universal freedoms. They are on my team and if we were in the play ground picking sides I know who I want alongside me, battling to protect those rights and hard won freedoms." - Mayor Dorothy Thornhill

Do you want to get involved in the EU Referendum? 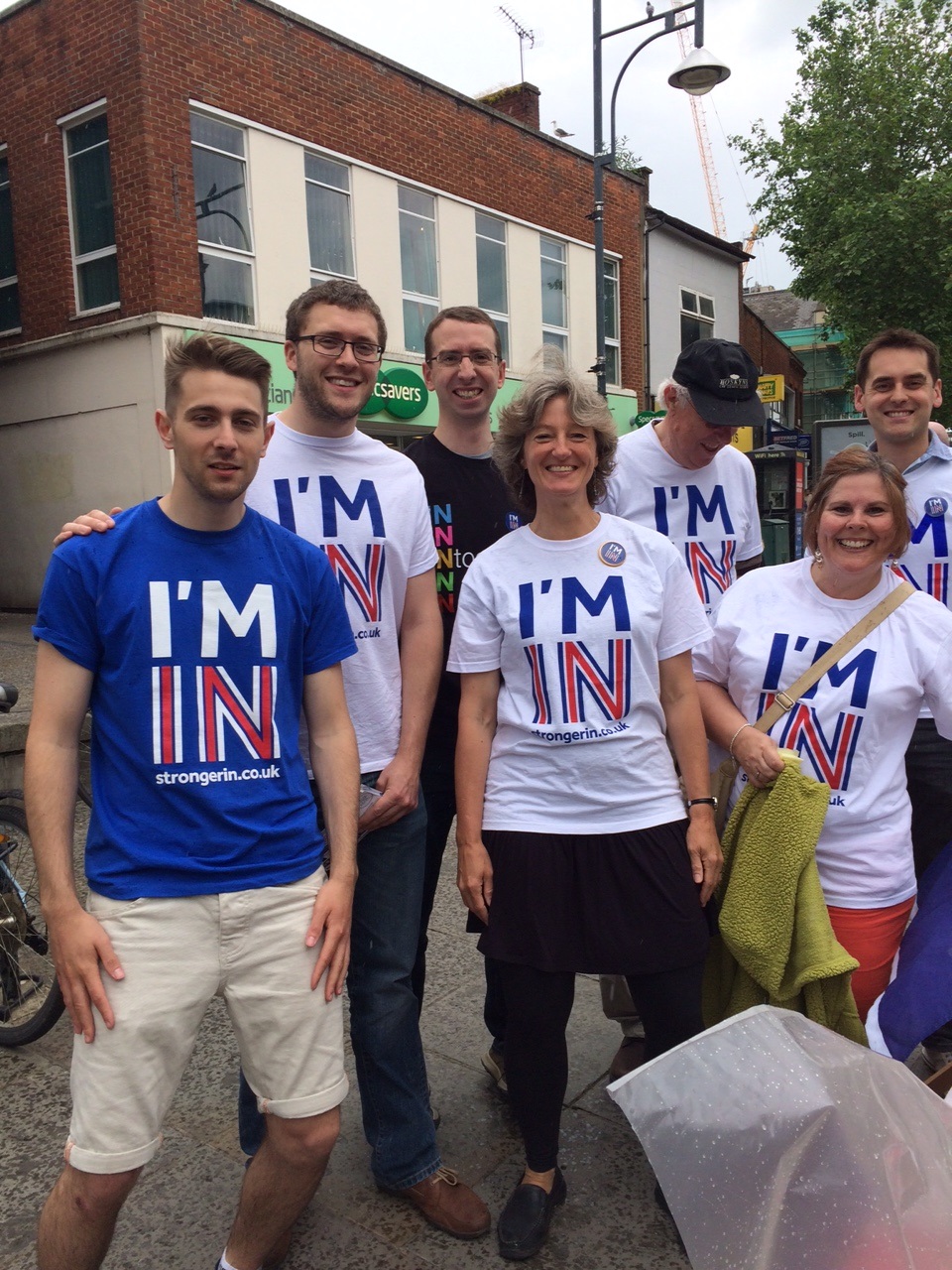 If you would like to help with the campaign locally please get in contact with us through the website, your local Councillor or our Watford StrongerIN Facebook page. With the referendum now only a few weeks away there will be plenty of scope to volunteer and help the campaign.

If you have any questions about the EU Referendum or any concerns - please also get in touch with your local Councillor directly and they'll answer your questions. The StrongerIN stands will also be on the High Street each Saturday leading up to the referendum.