Liberal Democrat manifesto plans for the NHS and the education system have been recognised by experts in these areas.

Under our manifesto plans, we will invest £8bn a year in the NHS in real terms by 2020. 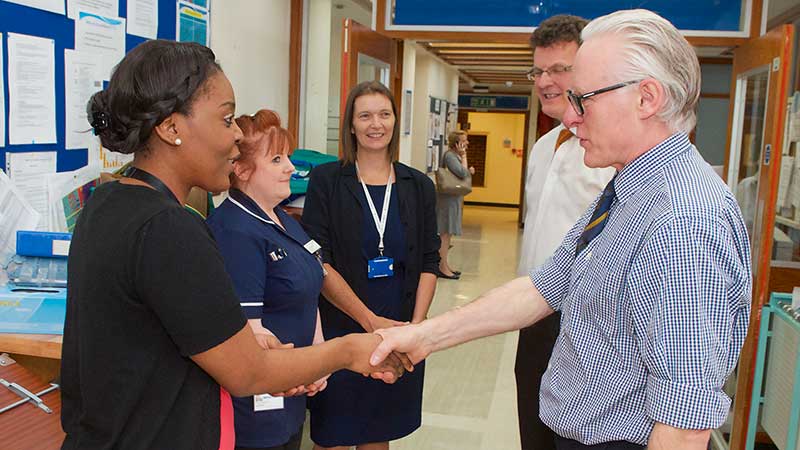 We are the only party to set out an NHS plan that meet the financial needs of the NHS as set out by the Chief Executive of NHS England, Simon Stevens in his Five Year Forward View.

Liberal Democrat Health Minister Norman Lamb has called on the Conservatives and Labour to meet this commitment, but so far neither party has.

“We know that the NHS is looking at a really growing gap in terms of its expected income and what it’s likely to be spending to meet growing demand.

"That’s been identified as an £8bn gap, even after the NHS has made pretty heroic savings and improvements in efficiency.

"So there is this expectation from the health service that there will be substantial additional money coming from the government to keep it on track during the next parliament, and clearly that’s going to be an enormous challenge, a challenge for politicians to make firm pledges in meeting that.

"We heard from the Liberal Democrats saying that they would plug that gap, not specifically though from Labour and the Conservatives in terms of really fulfilling that gap in spending and it is going to be a big question in the election.”

Liberal Democrats believe that every child should have the right to achieve their full potential regardless of the circumstances that they were born into.

That's why in government we are proud to have delivered the Pupil Premium, worth £2.5bn a year, to help support the most disadvantaged pupils.

Research shows that the Pupil Premium is helping to close the gap between rich and poor children in schools.

“Each of the main 3 political parties have made protections with regard to education schools spending they are all likely to amount to about a 7 per cent real terms cut in spending per pupil over the next parliament.

"The real terms increase in schools spending of the current parliament has been largely driven by the introduction of the pupil premium, more deprived schools are likely to see another large increase in funding."

To make sure that every child gets the best start in life, our manifesto plans include protecting the education budget from cradle to college.