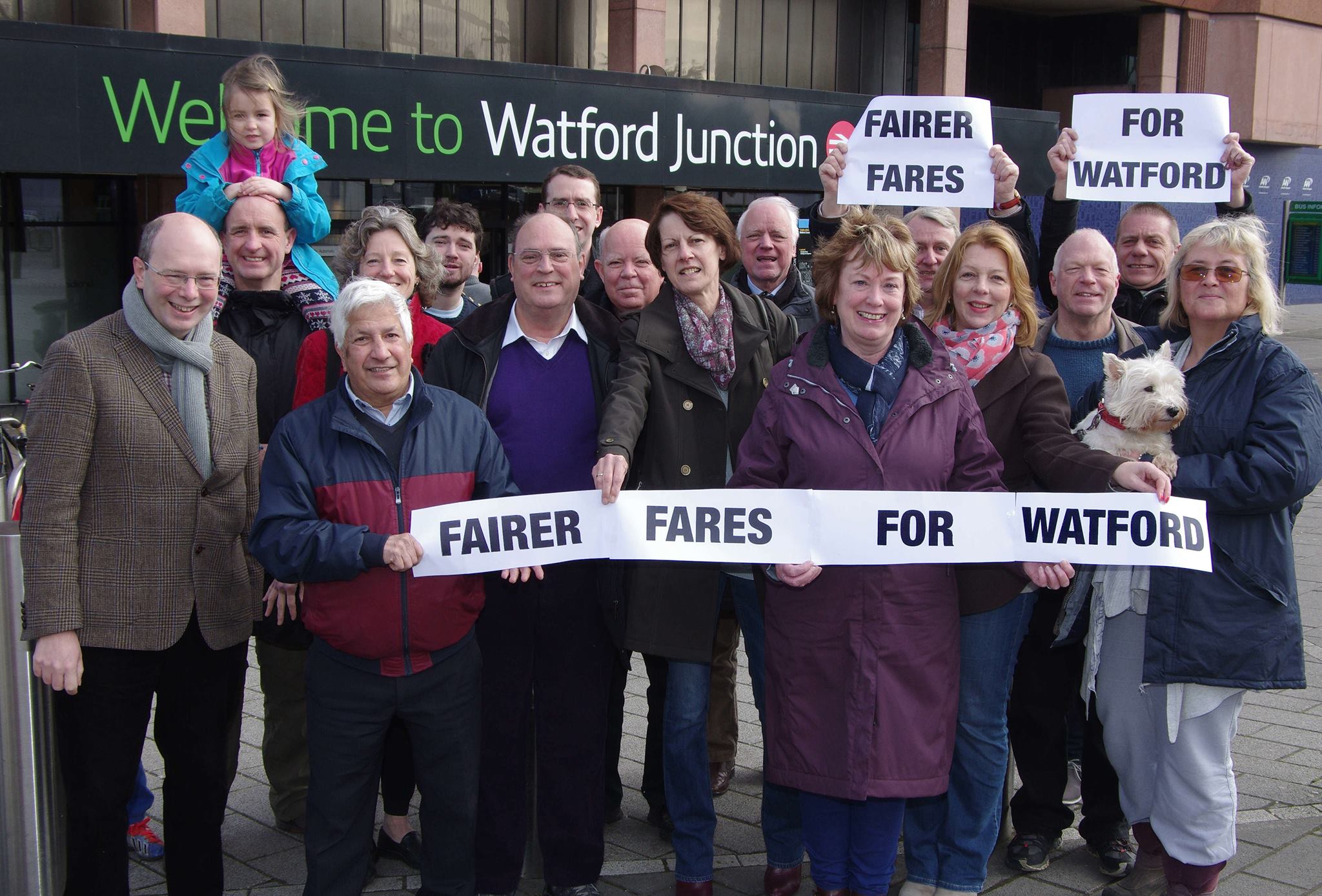 Such a move would bring our stations in line with those such as Epping, Theydon Bois and Upminster which are all further from Central London. Currently, travelling from Watford Junction can cost up to £11 more per day than travelling from Epping.

London Live recently featured the issue and illustrated the nature of the campaign, to see their feature click here.

"Watford commuters aren’t getting a fair deal" says Ian Stotesbury. "We all know that increasing public transport usage is vital to cutting congestion, but at the moment high fares stop many residents from using the train. Our petition is going from strength to strength and it will be presented at London City Hall later this year - so there’s still time to add your signature."