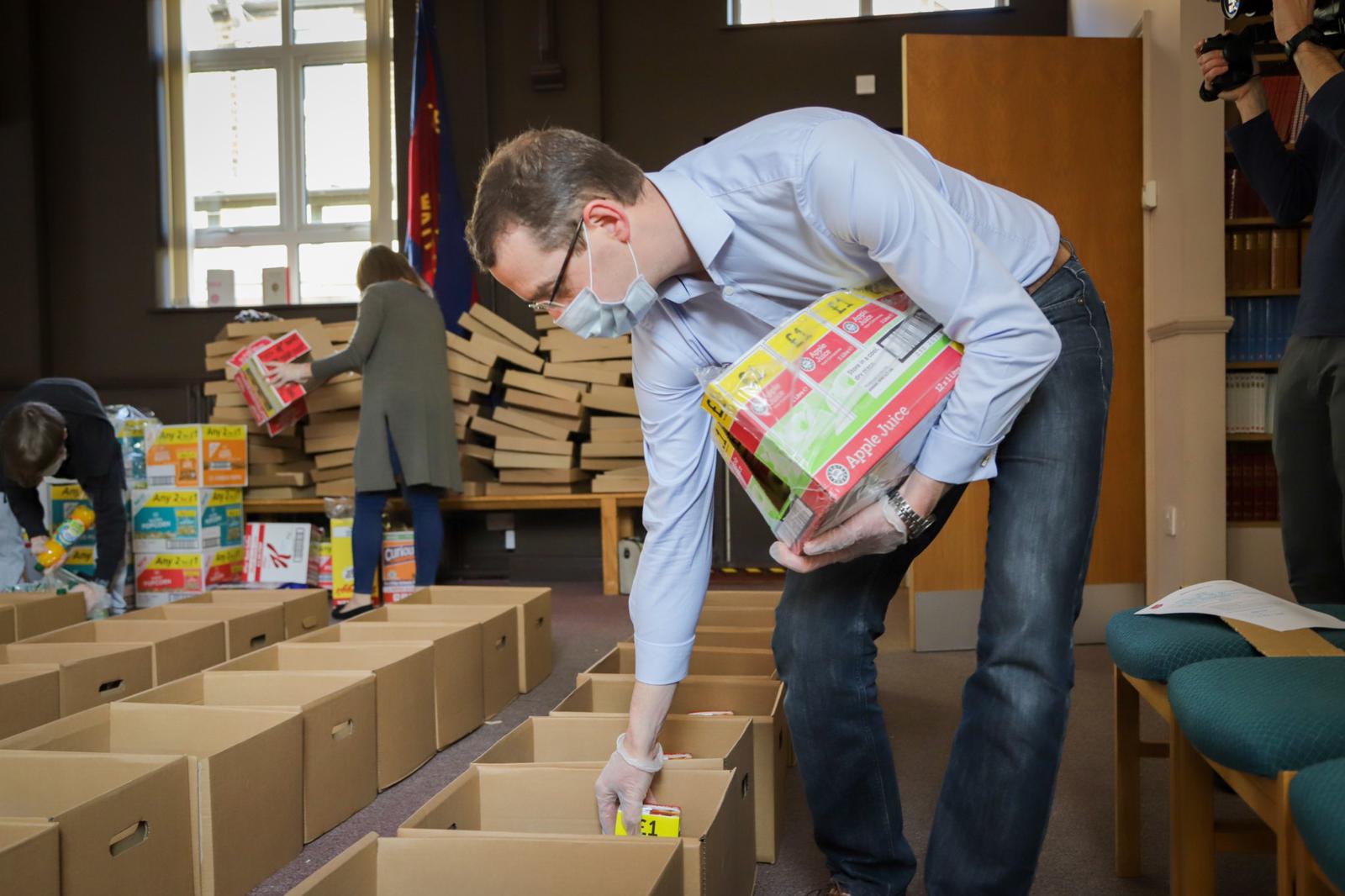 Opposition Liberal Democrat councillors on Hertfordshire County Council have called on the Conservative Council to follow the lead of other councils to step in and assist in providing free school meals to those in need during half term and school holidays up to at least the Easter holidays in 2021.

Following the government’s refusal late last week to support Marcus’s proposal,  the Liberal Democrats are now calling on the Conservative-run council to follow the lead of other councils, including Conservative-run authorities such as Essex, Staffordshire and Kensington and Chelsea, to step in and meet this need. With the second wave of the Pandemic now hitting, and with the dramatic rise in the number of families in need, they are calling on Herts County Council to set up a system, which may be providing actual meals or vouchers, as they did last Summer, for all children receiving  free school meals. This should continue to operate through school holidays until at least Easter 2021.

Education spokesperson Mark Watkin has already called on Conservative cabinet member for Education at County Hall, Terry Douris, to agree to this and sent him an open letter to which he has not yet had a reply.

To keep up the pressure the opposition Lib Dem councillors have now written to the Council's Chief Legal officer calling for an Extraordinary  Meeting of the County Council  to agree to their proposal.

Opposition leader Cllr Stephen Giles-Medhurst said, "We do not take this step lightly. This will be the first time an Extraordinary Meeting has been called by the opposition in over 10 years but it's essential that the County, as the education authority, steps up to the mark if the government will not. I hope that the Conservatives will act now and not wait until the meeting, but if not we will force a debate to vote that the county should step in.

"Frankly it's a disgrace that in this day and age  children from the least well off in our society, through no fault of their own,  and many with unemployed parents due to the pandemic, could go hungry during school holidays. The Government which found hundreds of millions of pounds for 'Eat out to Help out' now refuses to find money for our children in need. If the government will not find the money then Herts County Council with millions in reserves must step in.  It must act and follow the lead that other  Conservative-run Councils have taken. The County may have missed the boat for this half terms but there are other school holidays coming up and it must act now. It must not be a Christmas Scrooge"

“I and my colleagues want to thank the amazing community groups and  businesses, themselves under pressure, who have already stepped into the void created by the Government, but the County Council is best able to co-ordinate the approach that will ensure that every child in need  receives the help they deserve and  that no child goes hungry." said Cllr Mark Watkin. Opposition Education Spokesperson.

St Albans Lib Dem MP, Daisy Cooper has added her support to the campaign. "Half term has started and many parents don't know where they will find the £30-40 at least they will need to feed their children this week, let alone how they will feed their kids at Christmas. No-one is denying that there are big financial demands on the Government but the public simply cannot understand why the Conservative Government is drawing the red line at hungry children.

"I'm proud that the Liberal Democrat Education Minister for Wales was the first to announce extended free school meal vouchers for all school holidays until at least Easter 2021, and that  Herts Lib Dems are leading the call for the local education authority to step up and fill the gap left by the Conservative Government. I am dismayed that Conservative MPs in Hertfordshire refused to support hungry children and families this half term and the Conservative-run County Council has refused so far as well.

"I'm 100% in support of calls by Herts Liberal Democrats for the County Council to set up an emergency package of free school meals support in school holidays until Easter so that no child in Hertfordshire goes hungry."