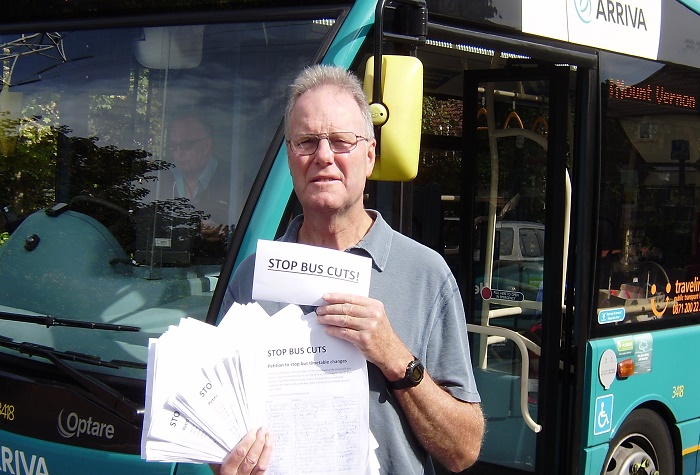 You will know that the Liberal Democrats have been leading the campaign against the Conservative County Council’s plans to cut bus services. In the summer the Conservatives proposed cutting supported bus services after 6.30pm Monday to Saturday and all day Sunday.

We told them that we wouldn’t accept that. Over the summer and autumn Lib Dems across Herts collected over 12,000 petition signatures against these plans. If you signed our petition, thank you.

But we need your help again. The Tories, including our MP in Watford, have backed plans for even greater cuts, £1.5 million in total. This is despite having already made the savings they originally said they wanted to.

Their new plans are to cut services after 7:30pm Monday-Saturday, all bus services on a Sunday (excluding those that serve a hospital, before 7:30pm) and 39 routes completely.  This is effectively a curfew on those who can’t or don’t drive

We will be fighting these plans tooth and nail. Once the consultation comes out in January we will be asking people to respond firmly against these cuts. We are now collecting a new petition against these new cuts- signatures on the last petition do not count as its already been presented, please sign again here.