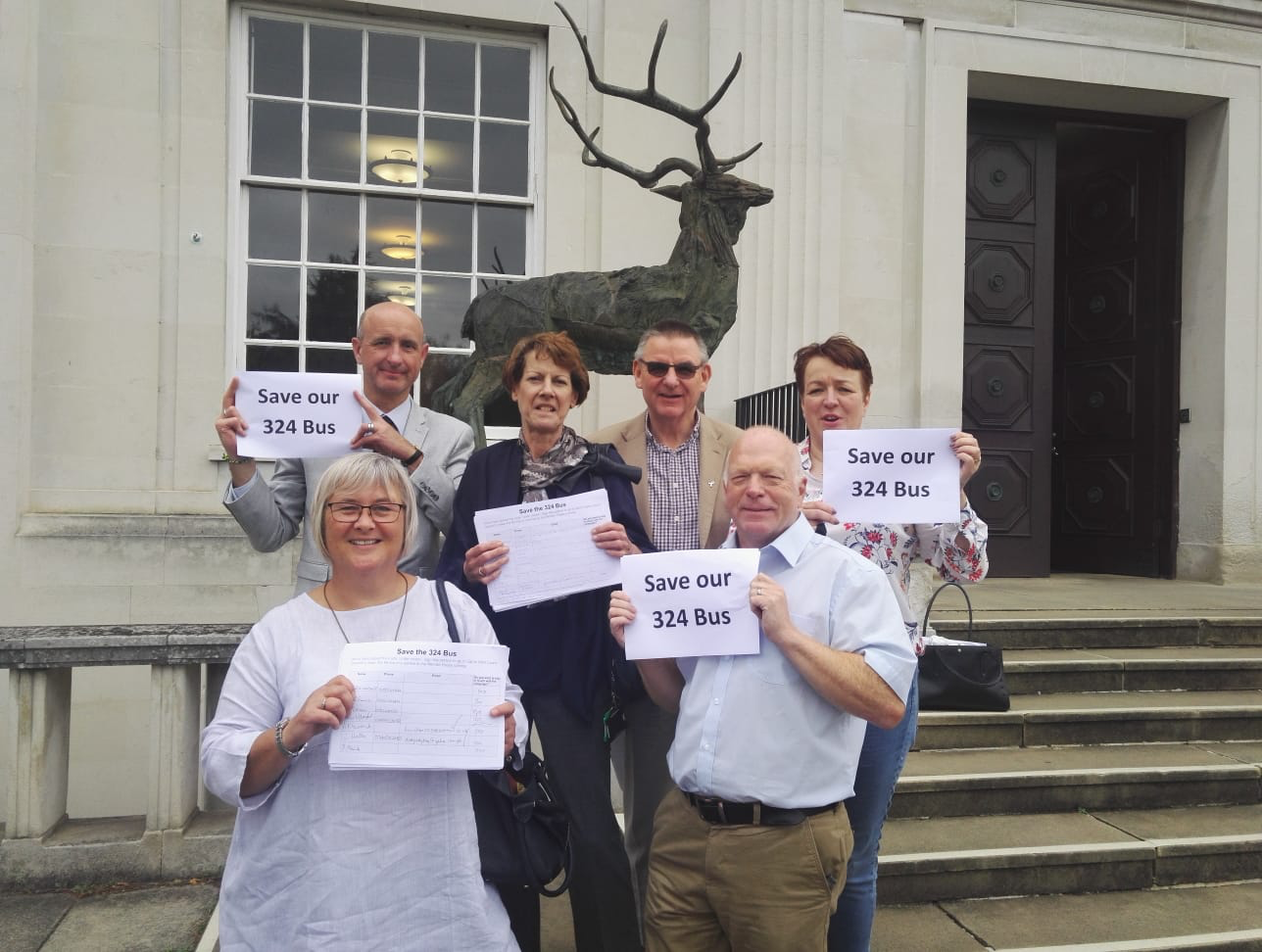 Meriden councillor Amanda Grimston presented her petition of almost 2,000 signatures to Herts County Council on Thursday afternoon and they have now agreed to step in and save the bus route.

The County Council has engaged Red Eagle to run a 6 month service from the 1 October while they tender for a long term contact. The timetable is likely to be different but will offer the all important “shopper” service to the town centre.

At the meeting, the County Council, who are responsible for bus routes, agreed to fund the service for 6 months while they look for a long term provider. Watford Borough Council have said in principle that they can assist with funding the service.

Cllr Amanda Grimston said, 'I'd like to thank the 2000 residents who have signed the petition, and those who have helped get their neighbours to support the campaign. This is a real victory for local residents.’

'This service is a lifeline to people living on the Meriden estate and across North Watford.'

Elected Mayor of Watford Peter Taylor said, ‘I’m determined that Watford should have better bus services and that we do not cut vital local routes such as the 324.'

‘Councillor Amanda Grimston has worked tirelessly with local residents to fight for this bus service. I am relieved that we have managed to secure this temporary solution. Now we must work together to make sure that residents in the Meriden Estate and across our town have bus services that they can depend on.”