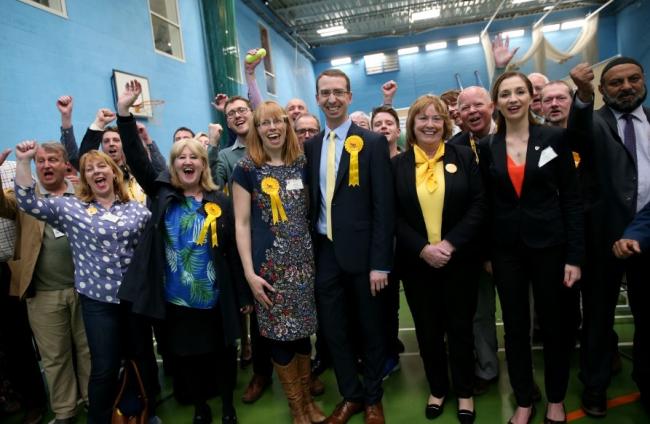 Peter Taylor, who lives locally with his wife and three young children, was elected with 48.7% of the first preference vote, 16% ahead of his Labour rival. Peter won with the biggest vote share that the Liberal Democrats have retained the Mayoralty for over ten years.

Peter Taylor, Liberal Democrat Mayor of Watford said, 'Thank you so much to everyone who voted for me. It's a huge honour to have been elected as Watford's new Mayor. Dorothy has been an inspirational leader. I'm so grateful for her support and friendship.

I'm incredibly thankful to every voter who put their faith in me. Now the work begins - being a mayor for the whole town and making this an even better place to live.'

There was more success in the borough council elections, where the Lib Dems retained all of their councillors, including in Central against a big Momentum led effort and gained Callowland ward from Labour, electing Lowerstoft Road resident and local campaigner Ian Stotesbury.

The current composition of the council now has 26 Lib Dems, 10 Labour and no Conservatives.

If you want to find out the result in your area, follow this link