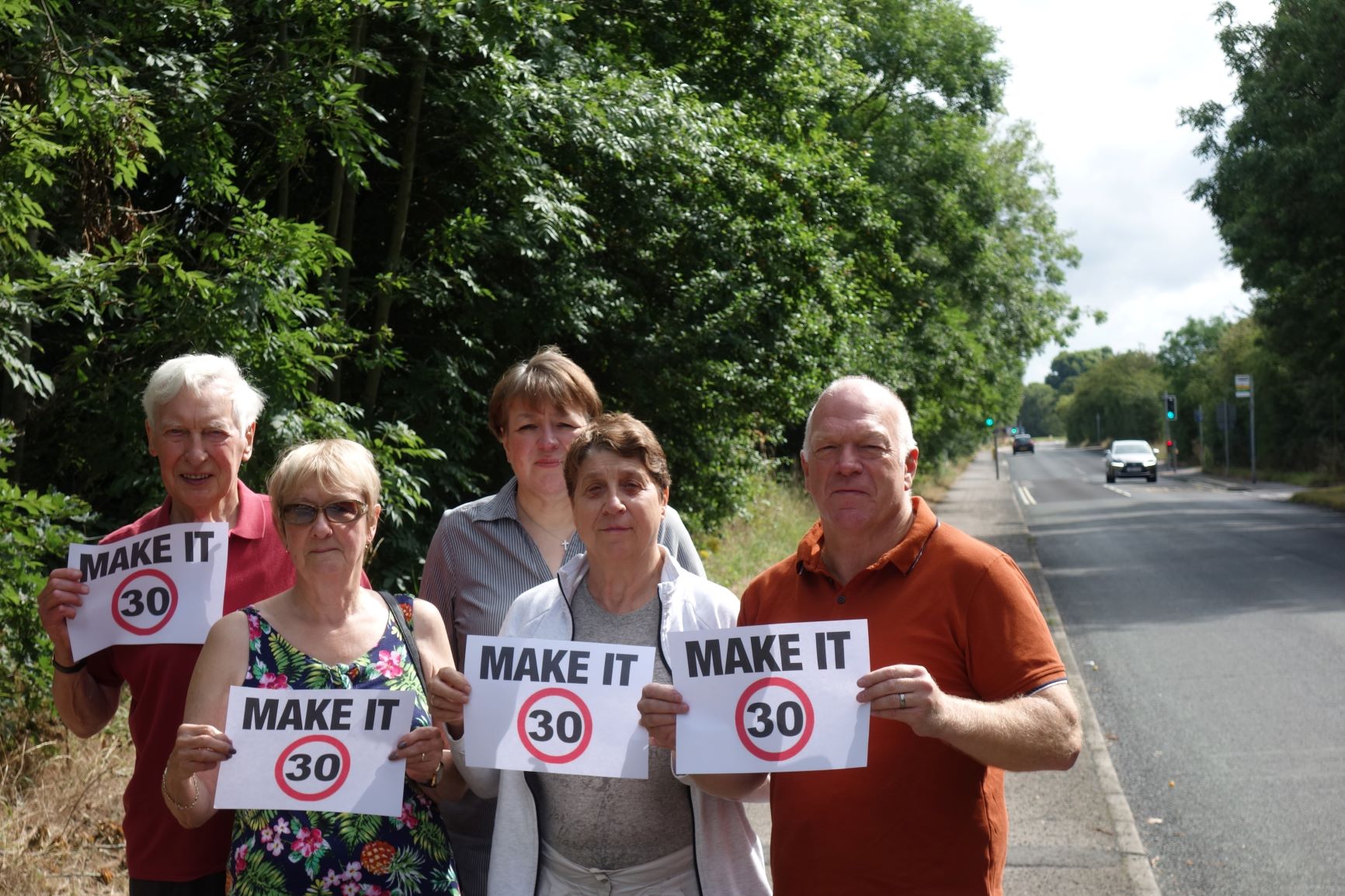 Liberal Democrat Councillors and the Furtherfield Residents' Association have launched a campaign to get a 40mph speed limit on a busy road in Leavesden reduced to 30mph.

The road is 30mph for most of its length but a section from just before Furtherfield to the junction with Langley Lane remains at 40mph encouraging speeding.

This section of road has two pedestrian crossings, a play area and now four new junctions for the new housing development on the former Leavesden Aerodrome site.

Residents and councillors believe that as a result the whole of South Way should be 30mph and that 40mph is too fast and dangerous.

Judy Metcalfe, Chair of Furtherfield Residents' Association said, "With the bend just before Furtherfield vehicles come far too fast round as they speed up from the 30mph limit and it makes it dangerous to turn out here. Ideally we would have liked a mini-roundabout to help reduce speeds and make it safer but at the very least the speed limit should be the 30mph the same as all the neighbouring roads to stop it being a racetrack."

Leaveseden Lib Dem councillor Stephen Giles-Medhurst has launched the petition campaign to get the County Council and the Police to agree to reduce the speed limit here.

Stephen said, "With a busy play area and new crossing - 40mph is just not the right speed as unfortunately vehicles speed along here as occasional police speed traps have shown.  It must be reduced to make it safer."

"We the undersigned call upon Herts County Council and the Police to agree to make the current section of South Way that is 40mph 30mph like the rest of the road. With two crossings, a play area and new junctions off this section of road it's no-longer safe to be 40mph which encourages faster traffic."