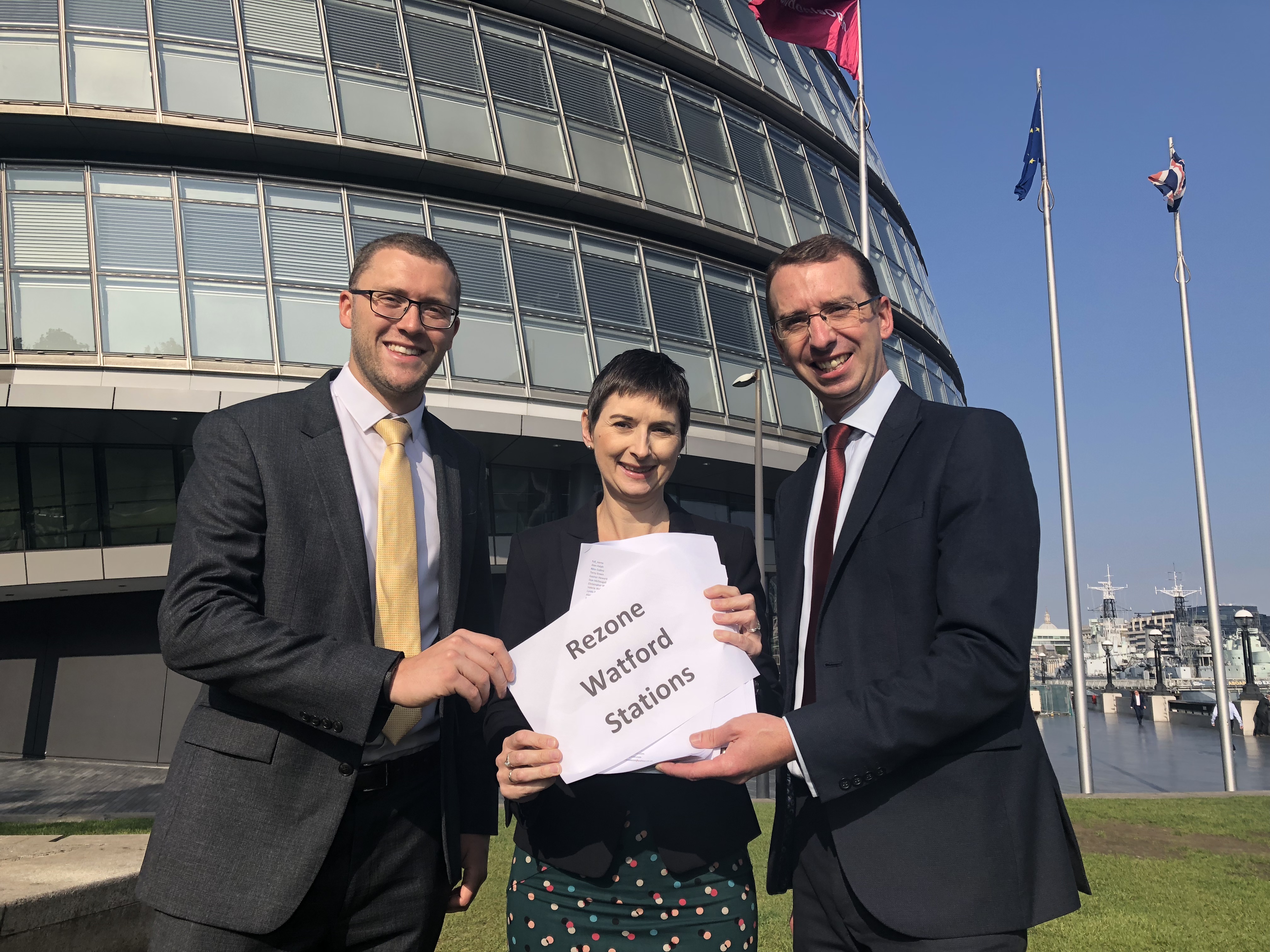 In his letter to Caroline Pidgeon, Liberal Democrat London Assembly Member who presented the petition, the London Mayor Sadiq Khan said that he ‘understood the desire to see this change’ but worried about the impact it would have on TfL 'revenue'.

Elected Mayor of Watford Peter Taylor said, ‘On top of his decision to back out of the Met Line Extension earlier this year, Sadiq Khan has once again let down local residents in Watford. He needs to put Watford passengers before profit.

‘Watford commuters are getting a raw deal at the moment. In my recent survey of Watford commuters, nearly 70% of those who responded said that rezoning Watford stations is the main thing that would improve their journey.

‘It simply isn’t fair that commuters living in Watford are paying so much more than commuters in other places who travel the same distance into central London. I want all zoning to be looked at. Places like Watford shouldn’t keep losing out to illogical and outdated arrangements.’

Cllr Ian Stotesbury, Liberal Democrat Parliamentary Spokesperson for Watford and Callowland Councillor said, ‘By not even commenting on the unfair treatment of Watford commuters and the decision earlier this year to pull the plug on the MLX, we're all being let down.

'We may not be London voters but a large number of Watford residents travel into London and many Londoners come to work in and visit Watford every day. We make a huge contribution to the London economy.

' The present zoning situation isn’t fair and at this stage there is no commitment from the Mayor of London to move the idea forward. We'll be writing to Department of Transport, Hertfordshire County Council and the train operators in hope of getting a better deal for Watford commuters. I hope TfL and the Mayor of London will give it the attention it deserves.’