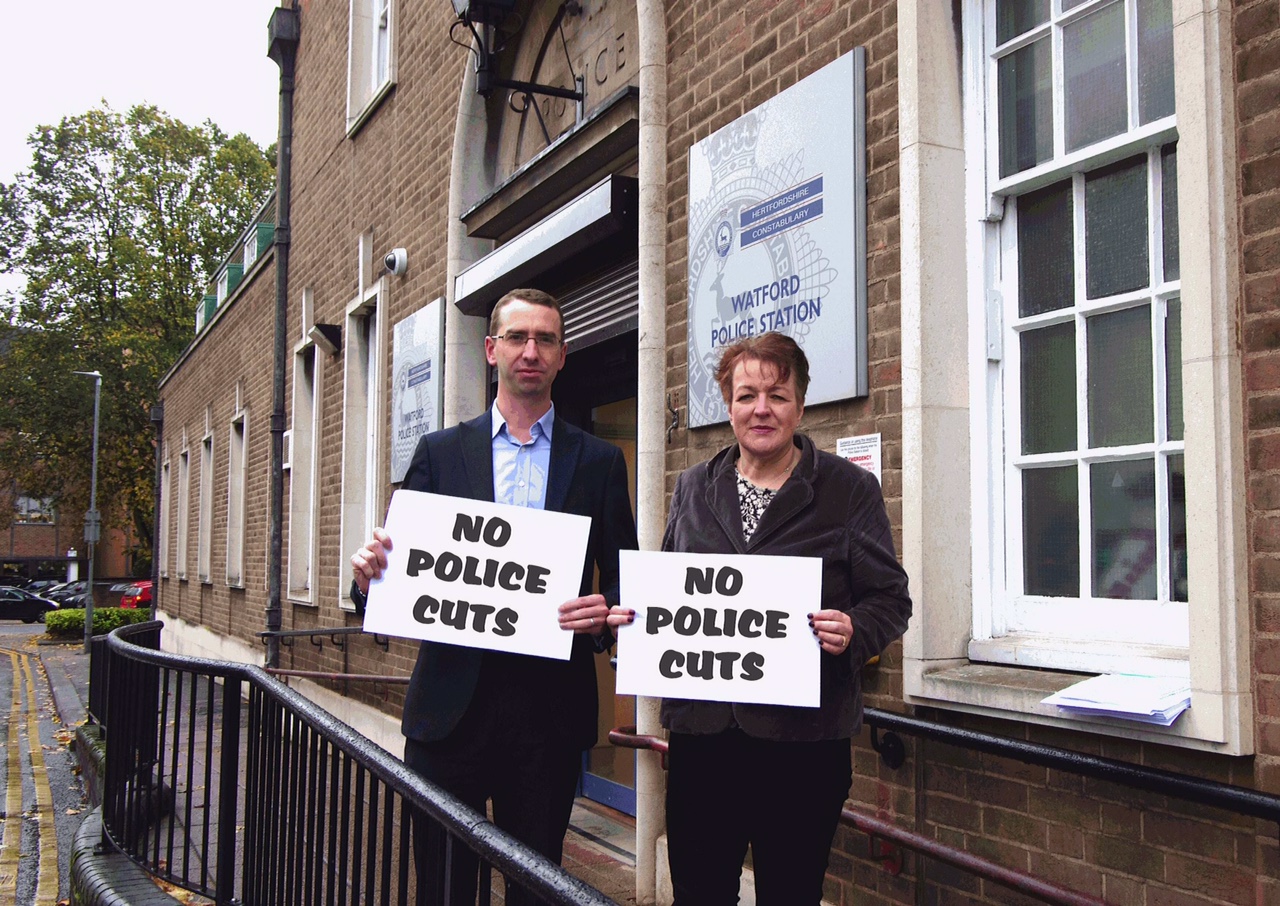 Council leaders Sara Bedford and Peter Taylor of Three Rivers and Watford Councils unite to call for more Police. Both areas have suffered over recent years from a reduction in police officers. Residents across Watford and Three Rivers have seen increased issues with crime, most noticeably antisocial behaviour. As the communities continue to grow we need our fair share of policing.

The number of police staff in Hertfordshire has fallen by 331 since the Conservative Police and Crime Commissioner was elected. Watford’s Deputy Mayor, Cllr Peter Taylor says: ‘The Commissioner has made drastic and unnecessary cuts. At a time when we are seeing an increase in burglaries and theft from vehicles across the area, we need a more visible police presence on our streets. We are campaigning for the cuts to be reversed and increased police numbers on our streets to help deter crime and make people feel safer in their neighbourhoods.' 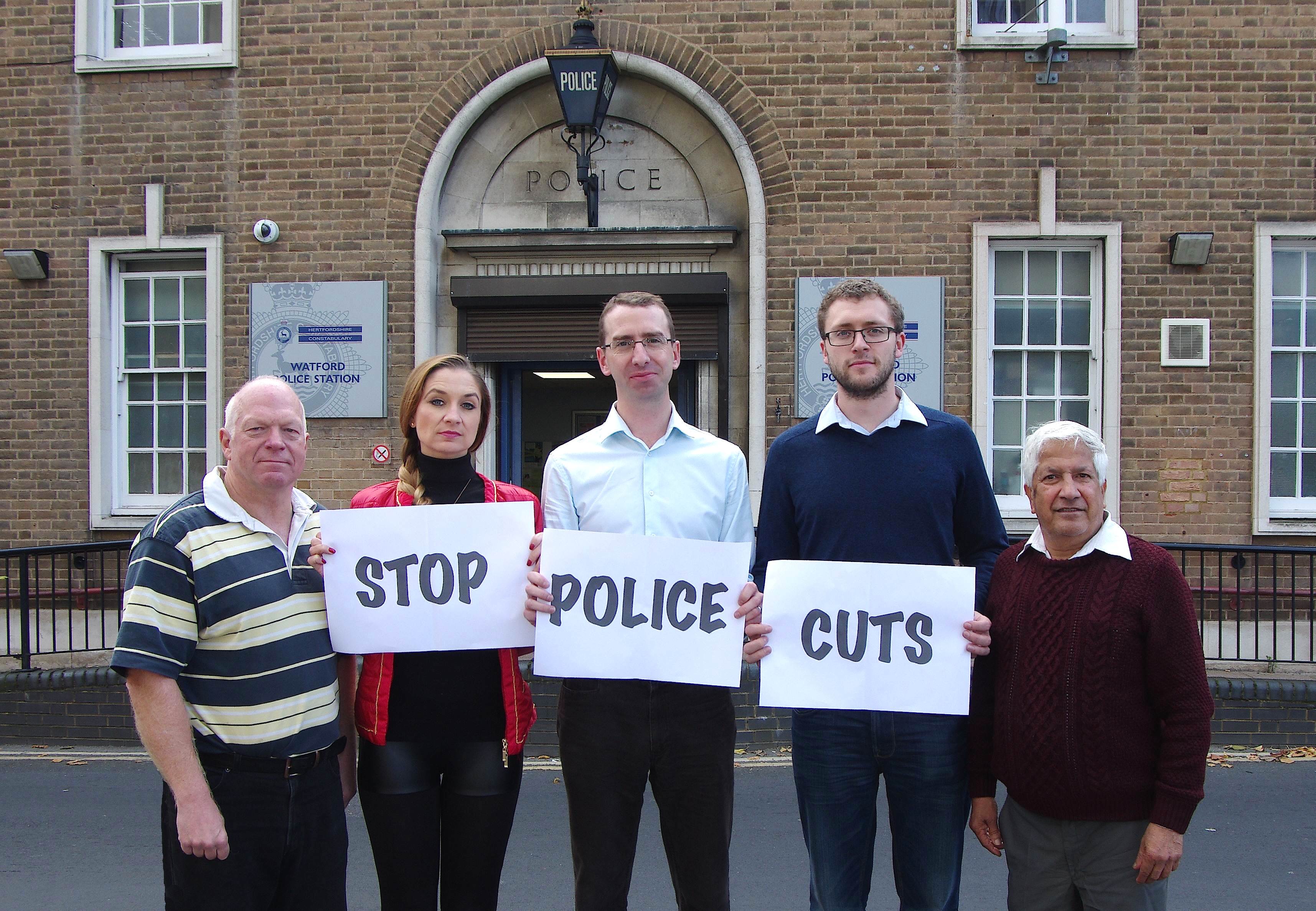 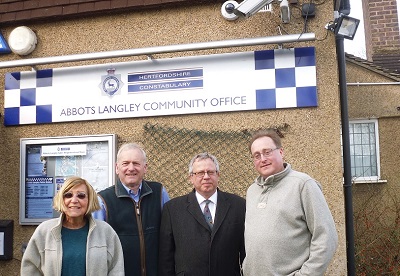 We the undersigned call on the Police and Crime Commissioner to increase the funding for, and numbers of police officers and PCSOs in the Watford and Three Rivers areas.