Just over a month ago a new pedestrian crossing and lights were installed across the Ring Road (Beechen Grove) between the High Street and the Lower High Street Station. But Central Watford councillors and residents have slammed the lights as misleading and dangerous. 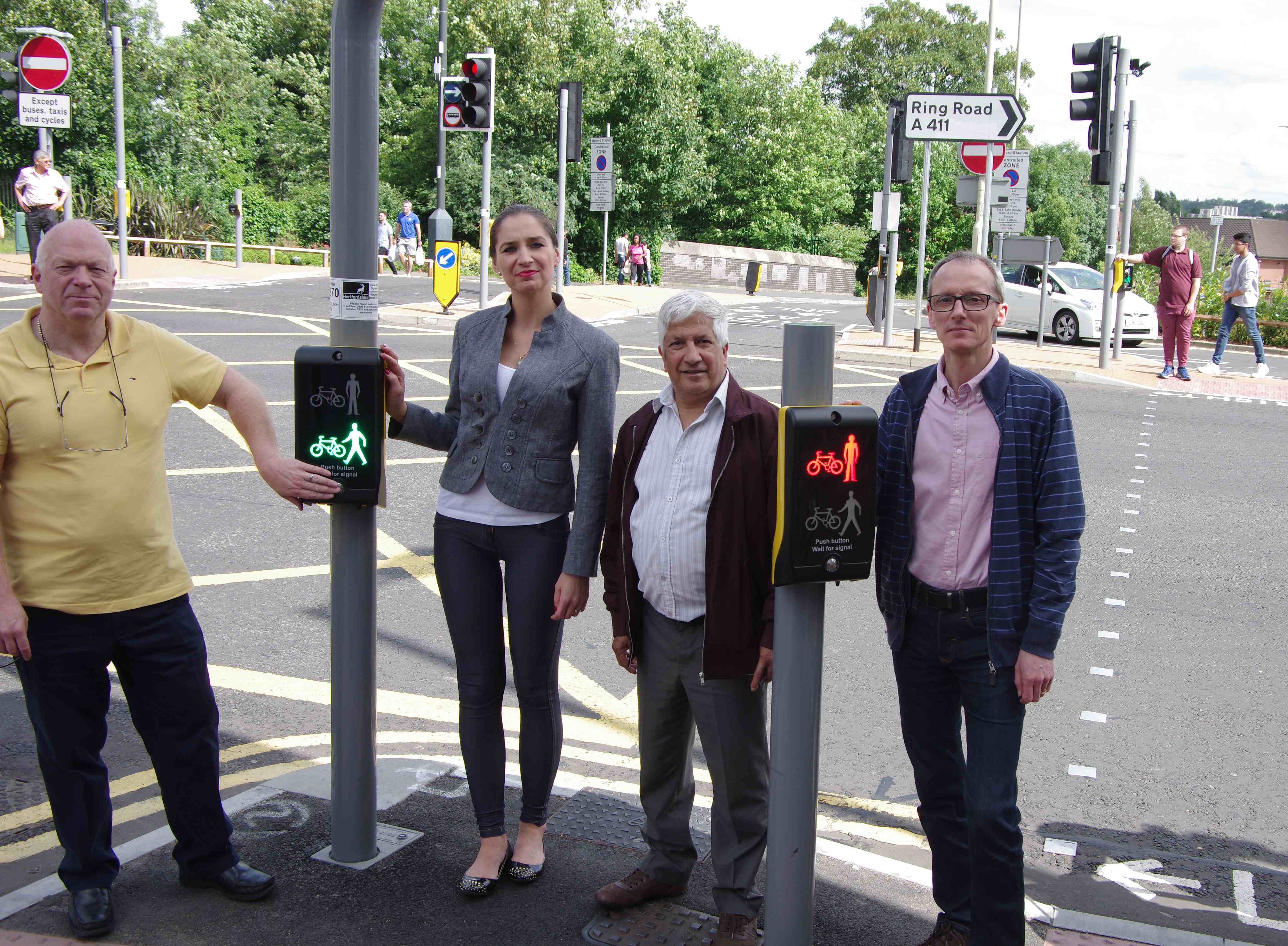 County Councillor Stephen Gilds-Medhurst, who represents the Town Centre on Herts County Council, has been pressing the county council to made changes since the lights started to operate. "I welcome the new crossing point as its easier for pedestrians, especially anyone coming by train but there are problems that county officers are not yet addressing." he said.

The councillor highlighted that the placing of the crossing indicators/push buttons are to low and for two different crossings next to one another meaning that anyone standing in front of them, blocks the view from other pedestrians waiting to cross the roads or does not know which is which.

"If the first person runs across the road when the traffic is light, the others waiting  sometimes start to walk across before realising that the pedestrian lights are still showing RED. The fact that pedestrians are faced with two sets of instructions showing two different things is also unsafe and I am surprised officers cannot accept this is confusing" said Cllr Stephen Giles-Medhurst.

The Councillor is backed by his fellow Borough councillors and they are pressing for high level repeater lights, ideally with times on them that are installed across London to help safety gulden pedestrians Cllr Giles_Medhurst said, "Frankly I unhappy with the response from modifiers who say pedestrians 'this is deliberate and how "nearside" buttons are designed to operate. Pedestrians should be observing the information on the push buttons related to the relevant crossing point.' That is not good enough.

Borough Cllr Rabi Martins also pointed out that several pedestrians had to run for their life when the lights changed and its clear at present the timings are inadequate. In addition Cllr Martins says some of the push button controls at junction of the High Street have no indictor lights  to say when its safe to cross (second photo).

The Councillors for Central Watford say they have had lots of complaints from local residents who fell the crossing is not as safe as it should be. Cllr Giles-Medhurst has now set up a meeting with county officials next week to seek changes to the lights.