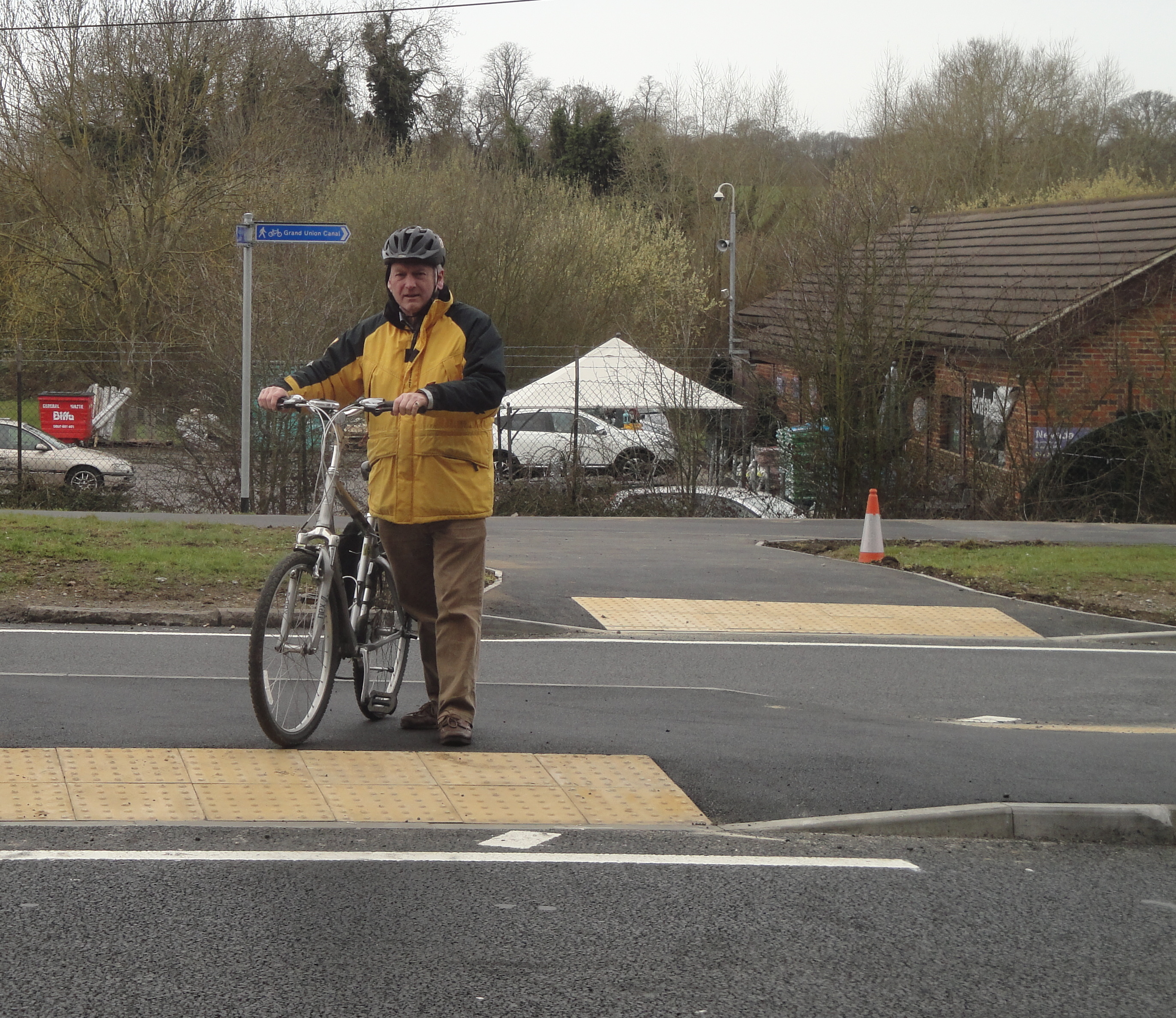 Councillor Chris Whately-Smith tried out the new cycle refuge on the A41 close to the World of Water. “ I am delighted with the new route which extends from the South Way Leavesden roundabout and will connect all the way to the Grand Union Canal.

Work is due to start in the next month to create the new access onto the canal from the bridge by the petrol station. Already families and individual cyclists have been using the new widened path near Furtherfield. It creates a wonderful safer cycling route all the way from the Warner Brothers Studio to Cassiobury Park and beyond.”