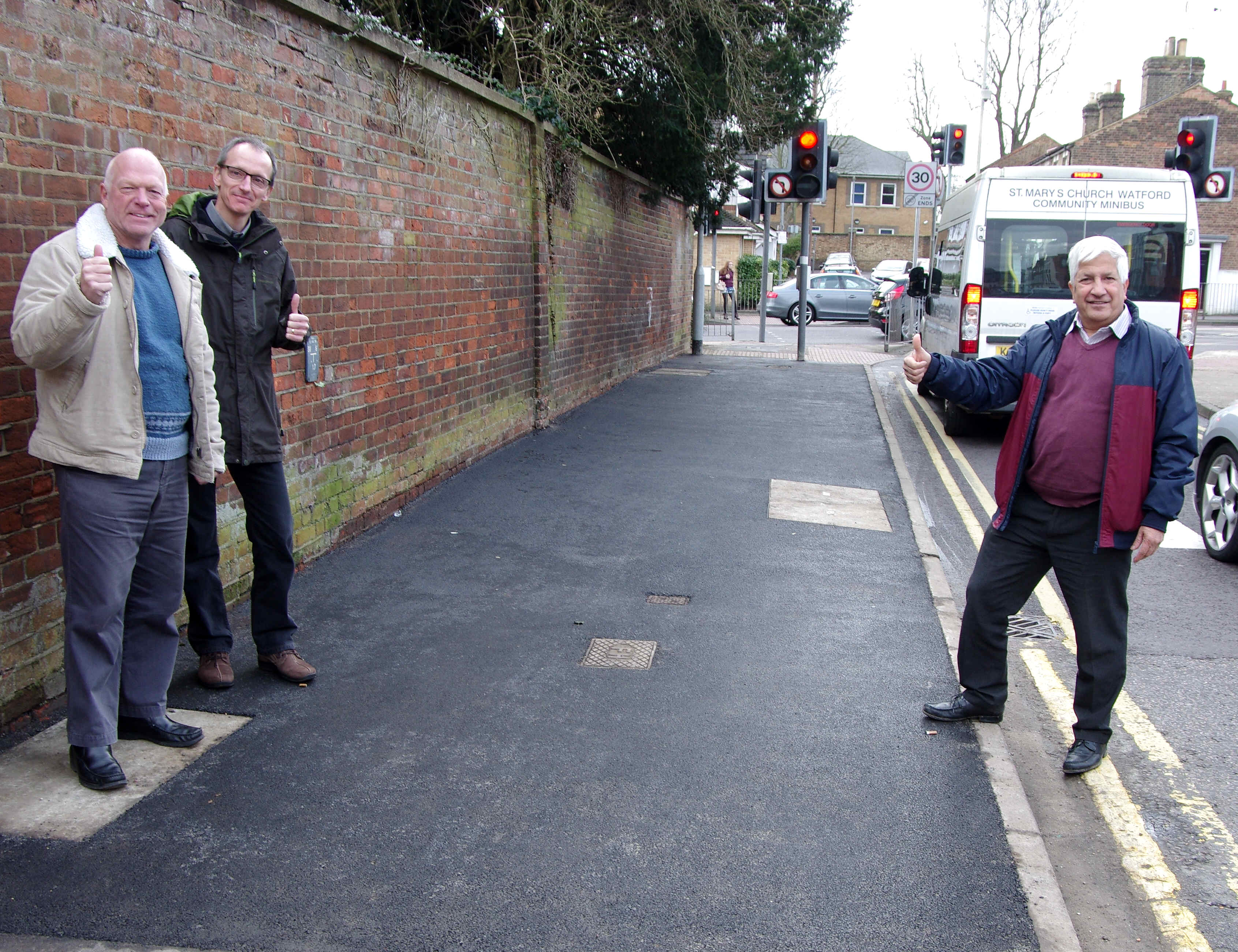 Councillors and residents in Central Watford are celebrating after a new footway has finally been opened by the County Council after a 15 year campaign.

Until last week the footway in King street by Kings House ended on one side of the road meaning that residents had to cross the road twice to get to a pedestrian crossing across the Ring Road and linking it to Kings Close, Ladys Close and Watford Girls Grammer School.

Local Liberal Democrat Councillors Cllrs Stephen Giles-Medhurst and Rabi Martins first questioned why the King Street path was blocked off at the traffic lights by the ring road in 2001.

At the time the County Council said it would cost too much to put in a path - despite it being a safer route and making it easier for residents, Mosque visitors and those attending Watford Girls Grammer School in Ladys Close.

However the Councillors kept up the pressure and now the path has bee installed after they convinced the County Council to do the work as part of the latest High St improvements.

County Cllr Stephen Giles-Medhurst (Central Watford and Oxhey), said "This was one of the first issues I raised when first elected in 2001 and I am delighted that our persistence has paid off!"

Local resident Mrs Aga Dychton said , "It's a great improvement for all and a safer route meaning you no longer have to the cross the road twice to get to the pavement to walk to and from the town".