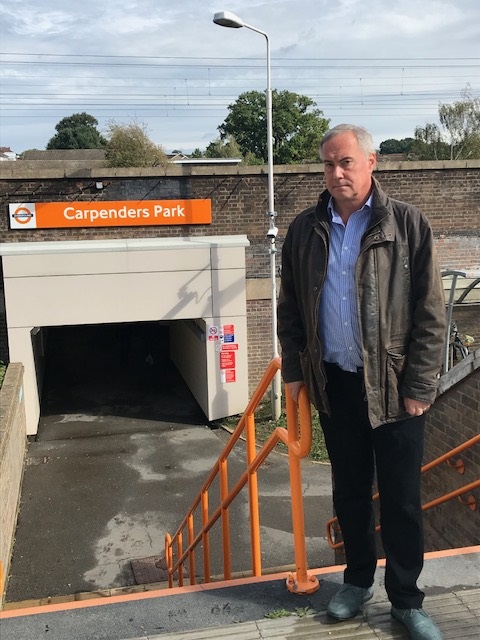 A statutory consultation on these proposals is being undertaken online here which closes in just three weeks time on 12 October.

Cllr Keith Martin said, “The loss of the ticket office will make those using the station feel less safe, especially older people and those with disabilities. It will deprive travellers of an obvious help point and leave them without anywhere to make ticket enquiries”.

Cllr Ian Stotesbury said, "Three weeks is an incredibly short time to put out this consultation so we're calling on residents to share this consultation with all their friends and family and to also sign our petition to make sure we move quickly and firmly to protect this service.".

We call on London Overground to keep the ticket offices at Carpenders Park and Watford High Street open.