Lib Dems call for Watford's stations to be rezoned 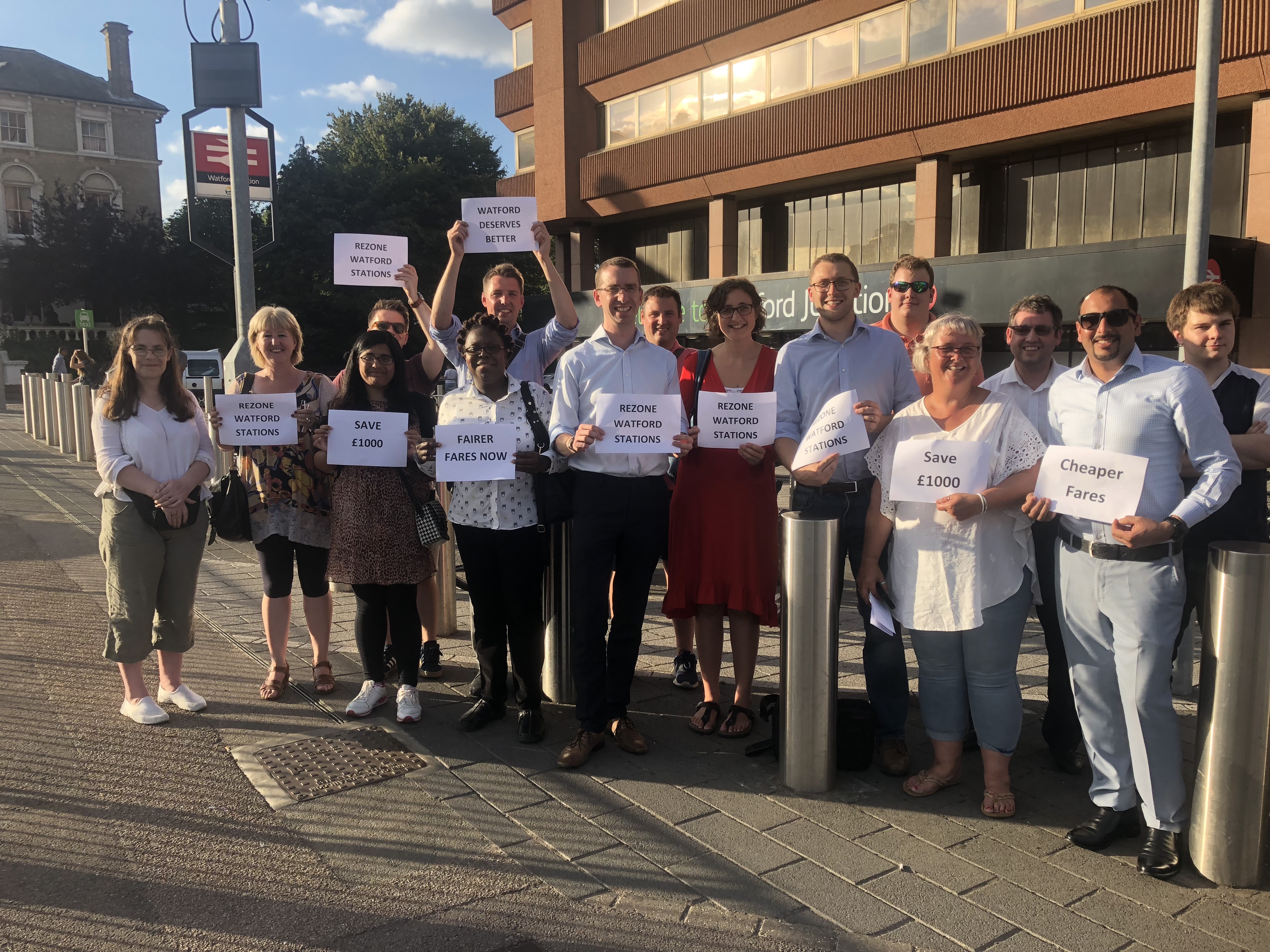 Liberal Democrat Councillor for Callowland Ian Stotesbury and Elected Mayor of Watford Peter Taylor have started a petition to be presented to TfL calling on Watford stations to be rezoned.

Cllr Ian Stotesbury said, 'Right now we're getting a raw deal in Watford when it comes to how much local commuters fork out in train fares. We're paying as much as £1000 a year more than commuters in Epping, who live further out of London.

I want Watford to be moved into Zone 6, a change that will make our fares cheaper and put money in the pocket of local commuters.'

We the undersigned call on TfL and The Mayor of London to rezone Watford Junction, Watford High Street, Watford Metropolitan, Bushey and Carpenders Park stations to be included in Zone 6.