The next few weeks will be a crunch time for the decision about new facilities at Watford General Hospital.

West Hertfordshire Hospitals Trust has been told it could be allowed up to £590 million to spend on new facilities – more than previously thought. A new report has shown that Watford is the best site – other locations are not available and would take too long to deliver. 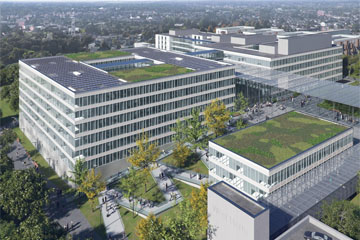 Mayor Peter Taylor says:
‘This is a great opportunity for Watford to have the modern facilities we have been waiting too long for. Unfortunately the Conservative MP for Hemel Hempstead is running a campaign against investing in Watford, and wants to find another site – even though studies have shown there isn’t one available. This can only sabotage the case for investing in Hertfordshire and lead the Government to spend the money to go somewhere else in the country.

Cllr Ian Stotesbury, Watford Parliamentary spokesman says:
'We should listen to the experts. They've looked, looked and looked again and repeatedly determined Watford is the best site for investment to improve our local healthcare. Let's get on with it.'

We, the undersigned, say:

We have waited too long for the improvements needed to achieve high-quality 21st century facilities at Watford General Hospital. We want to see investment now in upgrading and modernising the hospital so it can continue to provide outstanding A&E and acute services care.