You are ignored - bus cuts go ahead despite public, NHS and bus operator objections 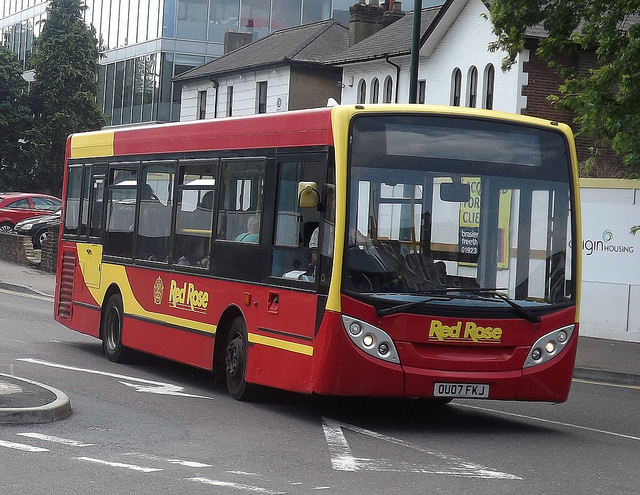 Conservative run Herts County Council has decided to cut a further £1.47m from its bus budget which means a dozen bus routes will cease to exist, others will only run up to 7.30pm and  just a few that serve hospitals will run on a Sunday but again only up to 7.30pm.

The Tories voted by 42 votes to 30 to push through the bus cuts. All 16 Lib Dems were present, 1 of the Labour group was absent.

The NHS Trust said clearly that the 7.30pm cut off time was wrong and asked the County to maintain routes servicing hospitals until regular visiting times had finished.

Councillor Stephen Giles-Medhurst, leader of the Liberal Democrats on Hertfordshire County Council told the meeting at County Hall this week “Not a single iota of compassion has come from your side. You got this wrong. The second consultation showed that 70 per cent were against the cuts proposals.

“90 per cent of those that responded are bus users and 53 per cent are over 55 years old.

He also questioned why council chiefs were not listening to the bus operators, who are saying "this is wrong", according to the Lib Dem leader.

According to council documents, Sullivan Buses said: "Disappointed that these are additional to proposals to remove funding from evening and Sunday services.

"Very disappointed that proposed savings are now double that of the previous consultation despite the opposing responses.  "Cuts impact on people going to and from work; many are on low pay and/or young."

Cllr Giles - Medhurst added "In the period of 5 years the Tories at county hall have now cut the supported bus budget from £7.1m to £2.4m - the highest level of cut of any service and one that will clearly affect the most vulnerable in society, the elderly and the poor. It's nothing short of a scandal."

More than 22,000 signatures opposing cuts to the council’s bus budget had been received by the county council during both consultations.