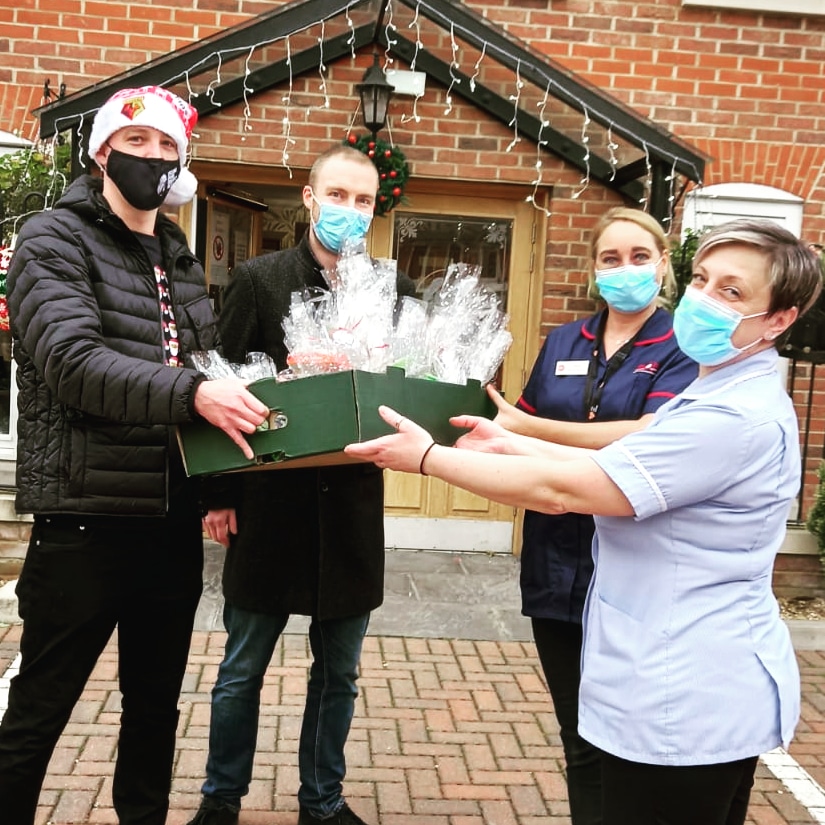 A community group and Watford councillors have organised and delivered hundreds of festive gifts for local elderly and vulnerable people.

Residents and staff at Tremona Rest Home, Hollytree House, Greenbanks Care Home, Courtlands Lodge and Victoria House were given wrapped and labelled boxes of chocolates. The parcels were paid for with donations from the Courtlands Residents Association community group and local councillors.

Local Lib Dems have backed a letter sent to the COP26 climate change summit signed by hundreds of local councillors across the country calling on more power for local government to tackle climate change.

In January 2021 the results of the government’s Housing Delivery Test (HDT) were published, revealing that Watford Borough Council had only met 48% of its housing delivery target for the period (2017-2020).

Lib Dems call for Vicarage Road to be resurfaced

Lib Dem-run Watford Borough Council has approved plans to restore the local River Colne. The ‘Rediscovering the River Colne’ project, which has been jointly developed in partnership with environmental organisation Groundwork, will now move into its first phase of delivery between 2021 and 2024.

Councillors raise over £2,600 for MS Society

Two local Lib Dem councillors in Watford have raised more than £2,600 as part of a team for the MS (Multiple Sclerosis) Society, after taking part in the charity’s 20 kilometre MS Walk challenge.

Mother & son duo Councillors Glen Saffery and Ann Saffery, who represent the Woodside Ward in Garston, chose the charity in aid of Glen’s partner Natasha who has lived with MS for 8 years. Natasha was only diagnosed after losing her eyesight and ability to walk.

Since becoming Mayor in 2018, making Watford more inclusive of those living with dementia has been a key priority for Peter Taylor. The Council has undertaken a variety of activities, with the support of key partners in the town. This has included:

Ever since the Woodmere Avenue width restrictions were installed by the Conservative led Herts County Council, it has been the single most talked about issue on the Tudor estate and beyond. Residents and Councillors alike continue to recall accounts of  some motorists trying to negotiate these width restrictions without success and others who abuse the use of the Bus Lane.

Unemployment figures in Watford have dropped by over 1,100 since February 2021 according to latest figures released by the Office for National Statistics (ONS). The number of people receiving unemployment benefit reached a peak of 4,400 in February this year but has fallen every month since and now stands at 3275.